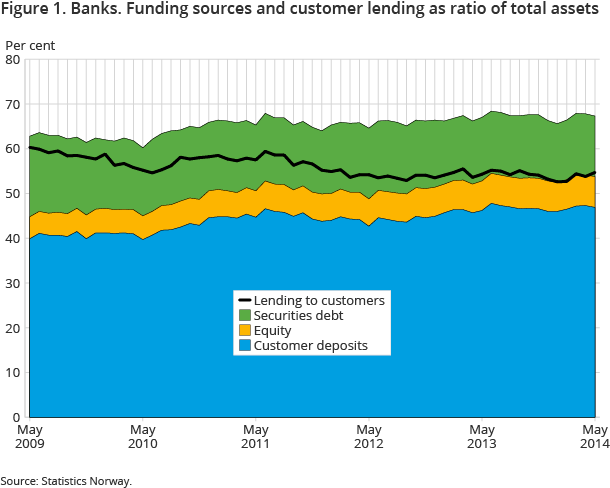 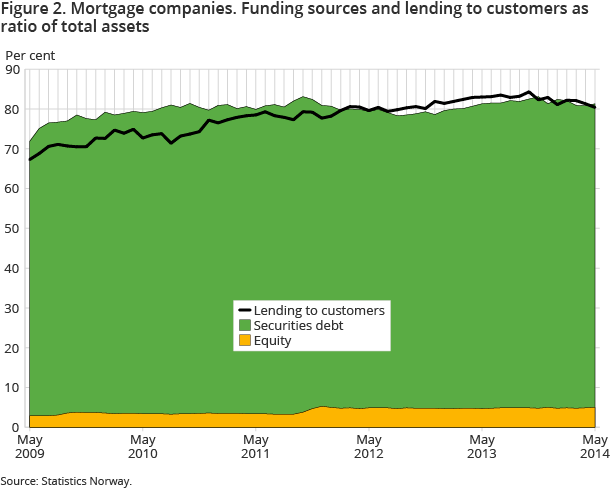 At the end of May 2014, the banks’ equity was NOK 296 billion, of which NOK 203 billion was retained earnings. The increase in equity ratio since end of May 2009 stems primarily from retained earnings. The increased equity ratio should be viewed in the context of the new capital- and liquidity standards which have been introduced for the financial institutions.