Total deposits in Norwegian banks amounted to NOK 2 832 billion at the end of March, up NOK 215 billion or 8.2 per cent, from end-March last year. Growth in deposits from non-financial corporations was strongest among the domestic sectors. 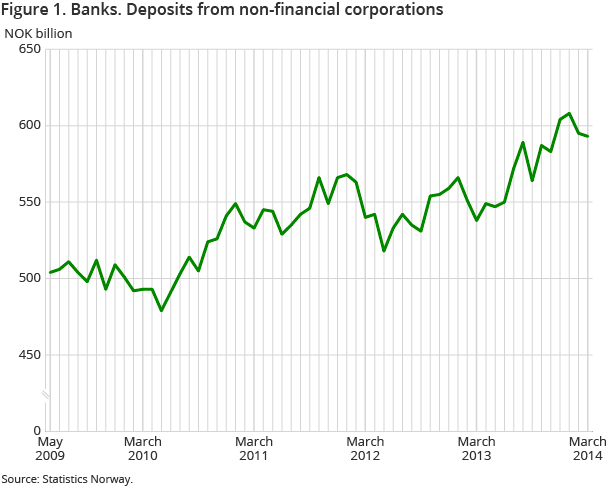 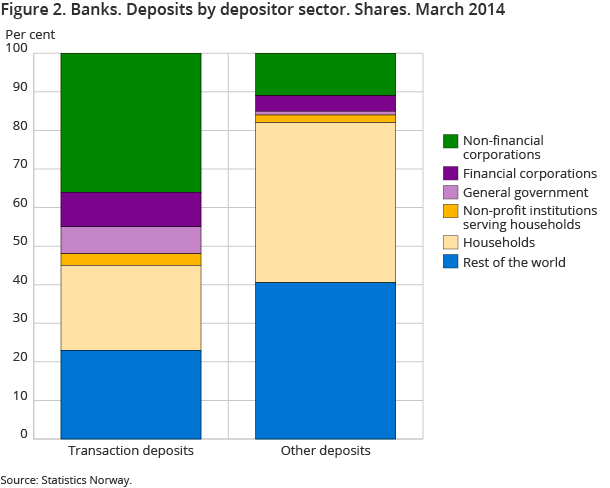 Deposits from public incorporated enterprises owned by central government amounted to NOK 52 billion at end-March. Deposits from this sector increased the most among deposits from non-financial corporations, with a twelve-month growth of 43.6 per cent to end-March.

Deposits from public incorporated enterprises owned by central government constituted 9 per cent of total deposits from non-financial corporations at end-March.

Increase in deposits from households as well

Employees’ deposits amounted to NOK 908 billion at end-March. Compared to the same period last year, this is an increase of slightly more than NOK 59 billion, or 6.7 per cent. The growth rates in bank deposits from households are influenced by an expansion of the bank population as from December last year.

The monthly volatility in deposits is relatively large. This is due to terms of payments of taxes and pay-out of holiday money.