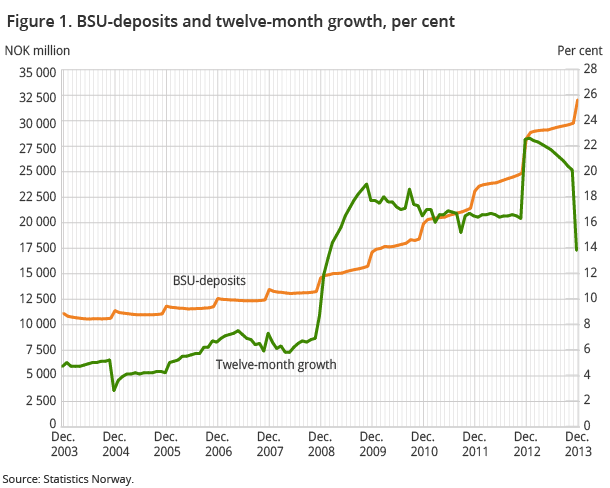 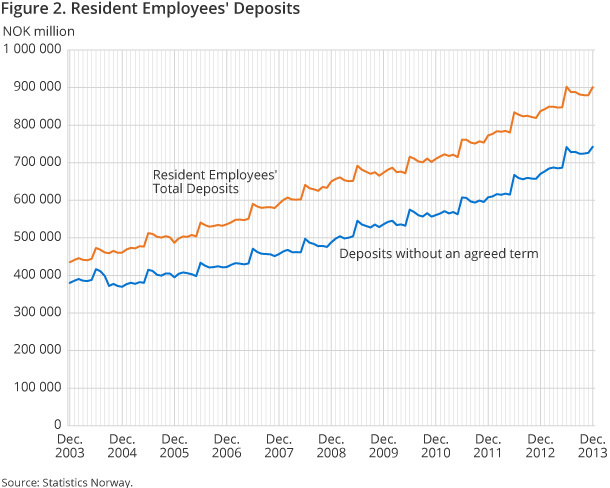 The twelve-month growth in deposits for Home investment savings with tax deduction for young people (BSU) was 13.5 per cent at end-December 2013. The twelve-month growth has been stable above 15 per cent since the regulations for BSU deposits were revised in 2009. From November to December 2013, BSU deposits rose by NOK 2.3 billion. This is equivalent to a monthly increase of 7.7 per cent. More than half of BSU deposits in 2013 were placed in December, in line with the seasonal pattern for these types of deposits. It may be affected by the tax benefits to its holders as well as the fact that tax-related adjustments are usually done at the end of the tax year.

It should be noted that revised data from a reporting bank has led to a break in series in December 2012, which affects growth rates and changes for the period December 2012 to November 2013.