Loans to commodity trade etc. fell by 3.1 per cent from end-October last year to end-October this year. The growth in total industry loans increased by 0.2 per cent during the same period. 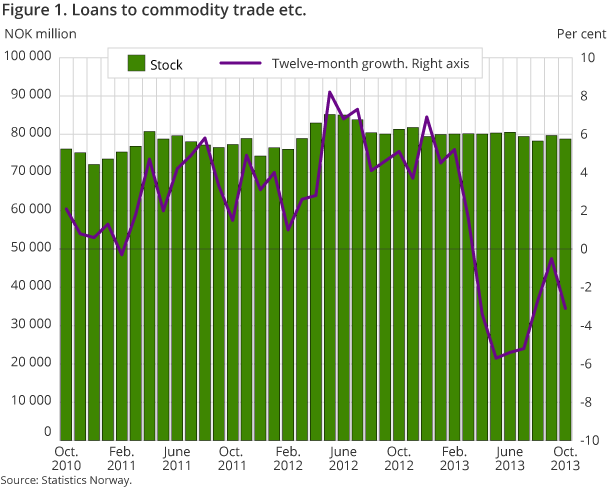 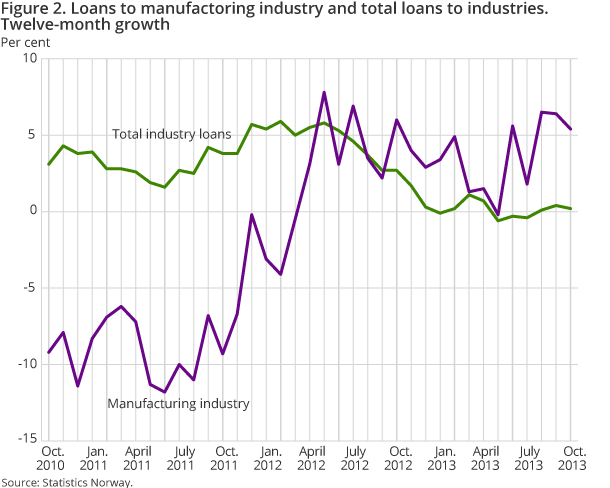 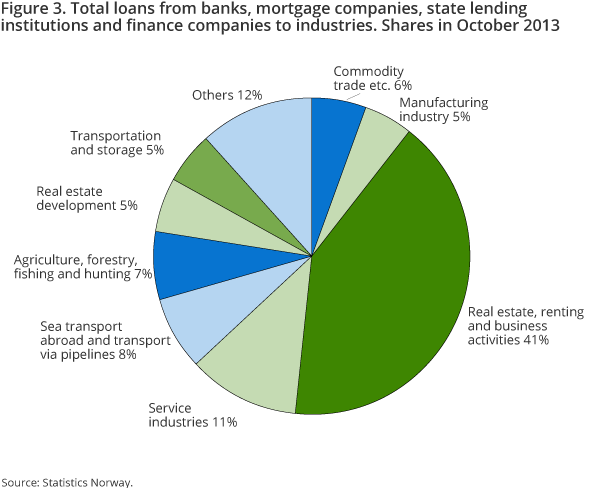 The industry that accounted for the largest share of loans at end-October, reaching 40.9 per cent, was real estate, renting and business activities. Loans to this industry amounted to NOK 573 billion at end-October, unchanged compared to the previous month. The twelve-month growth was 2.2 per cent at end-October, down from 2.6 per cent to end-September.

StatBank tables are revised for all periods prior to March 2012. The changes mainly relate to the sector private non-financial unincorporated enterprises. This sector is now a part of non-financial corporations in the new standard, while in the prior standard it was part of the household sector.