At the end of September, banks' total market funding was NOK 1 373 billion, while deposit funding totalled NOK 1 889 billion. Money market funding as a share of total bank activity has remained stable at 34 per cent over the last three months. 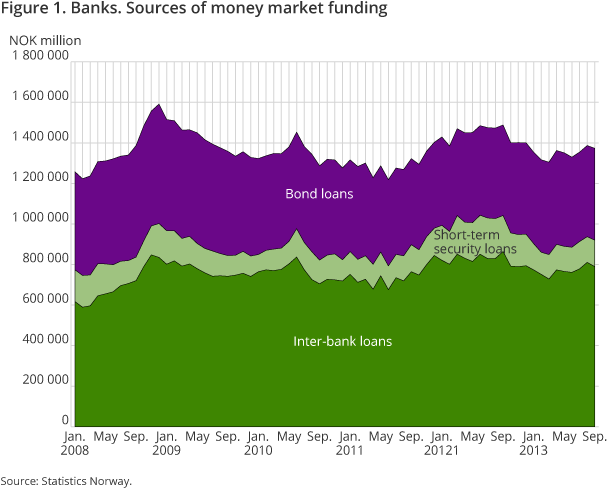 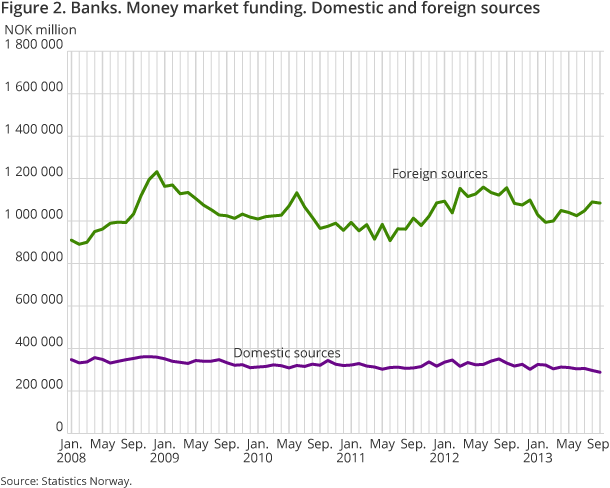 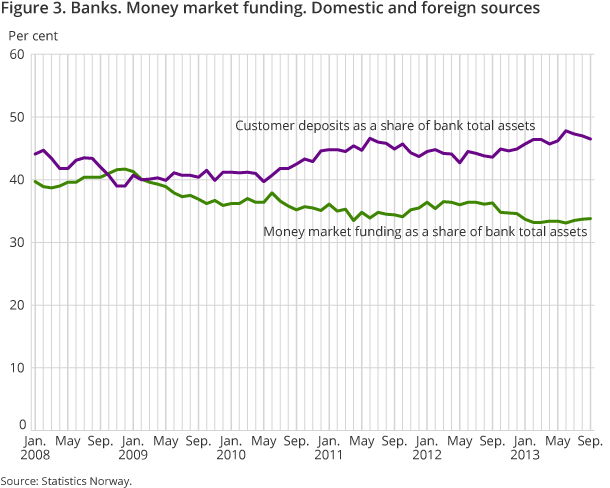 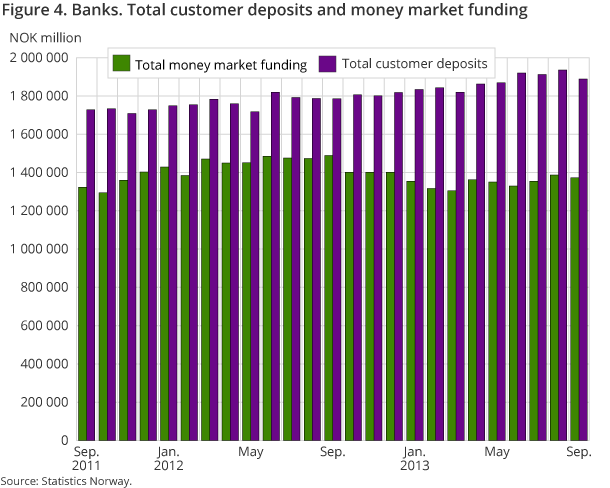 Norwegian banks finance their operations in the money market through different sources, such as inter-bank loans , bond loans and short-term security loans. F-loans from Norges Bank, loans and deposits from foreign central banks and customer deposits are other significant sources of bank funding.

At the end of September, about 79 per cent of money market funding stemmed from foreign sources. This totalled NOK 1 085 billion; a decrease of NOK 5.3 billion from the previous month. Domestic sources totalled NOK 289 billion at the end of September 2013 and the domestic funding has varied between 21.0 and 24.5 per cent of total money market funding during the current year.

A significant proportion of market funding through inter-bank loans

Inter-bank loans from Norwegian sources amounted to a moderate NOK 29 billion in September, down from NOK 31.9 billion in the previous month. At end-September, the share of domestic inter-bank loans was equivalent to 2.1 per cent of the total money market funding. This share has remained stable between 2.1 and 3.7 per cent during the last year.