Increase in deposits from corporations 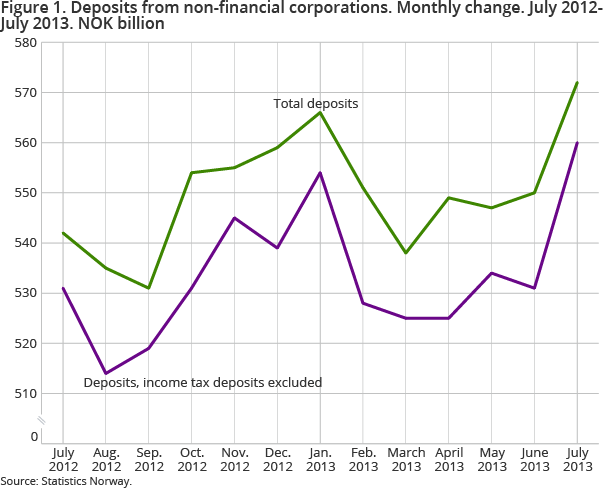 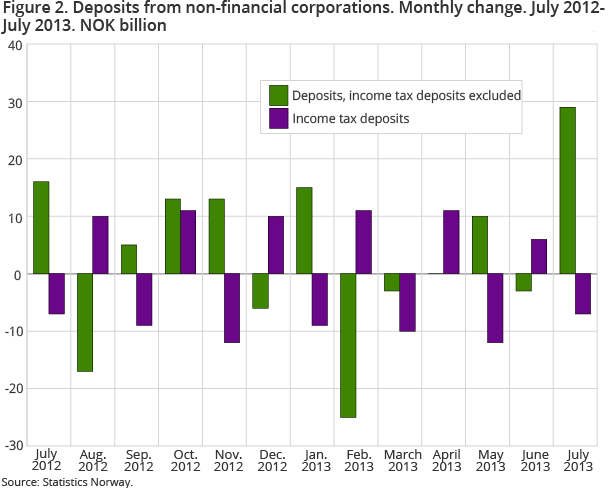 The monthly volatility in deposits is quite large. For example, in February 2013, the deposits excluding income tax deposits decreased by NOK 25 billion, which was due to large payments of both petroleum revenue tax and corporation tax.

At the end of July, about 12 per cent of the non-financial corporations’ deposits were in foreign currencies. In July 2013, these deposits increased by NOK 12 billion, or 22.8 per cent. The Norwegian krone appreciated against most major currencies in July 2013, however this only contributed to a small decrease in the value of the foreign currency deposits.