Increase in deposits from employees

Norwegian employees, social security recipients and students’ deposits in Norwegian banks amounted to NOK 902 billion at the end of June. This is an increase of NOK 68 billion compared to the same period last year. 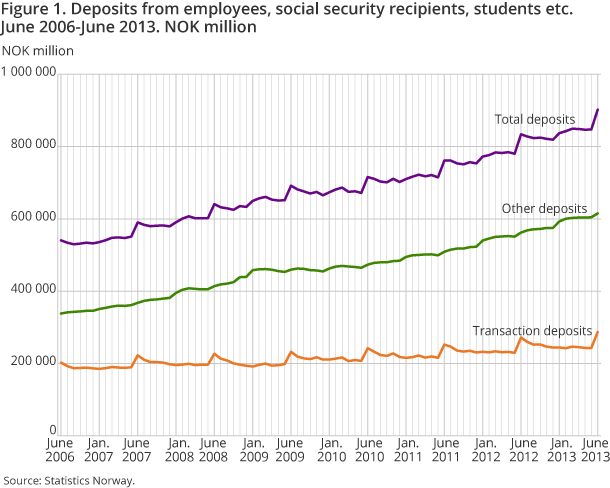 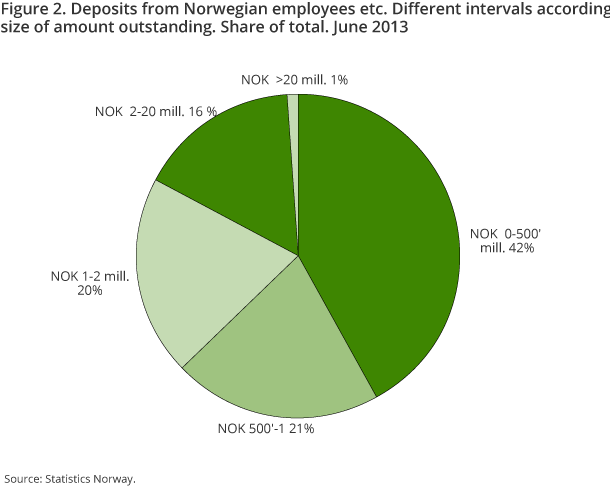 The twelve-month growth in total deposits from Norwegian employees etc. was 8.2 per cent to end-June, and has remained stable between 8 and 9 per cent since the beginning of 2012.

Transaction deposits from employees are affected by seasonal patterns

At the end of June, other deposits amounted to NOK 615 billion. This is an increase of NOK 53 billion, or 9.4 per cent, over the last twelve months.

At the end of June, the number of bank deposits exceeding NOK 2 million by employees in Norway was 46 700. These deposits amounted to nearly NOK 154 billion, an increase of NOK 19 billion, or 14.1 per cent, compared to the same period last year.

Norwegian employees had a total of NOK 902 billion in Norwegian banks at the end of June. This implies that every depositor had a deposit equal to NOK 129 000 on average. The corresponding figure five years ago was NOK 86 000.