Norwegian enterprises’ asset holdings abroad fell in 2015, after rising for several years. Total assets in foreign countries stood at NOK 1 650 billion, which was about 3 per cent down from 2014.

The current assets abroad fell 14 per cent from 2014, accounting for the entire decline in 2015. The fixed assets went up by NOK 34 billion, or approximately 3 per cent. 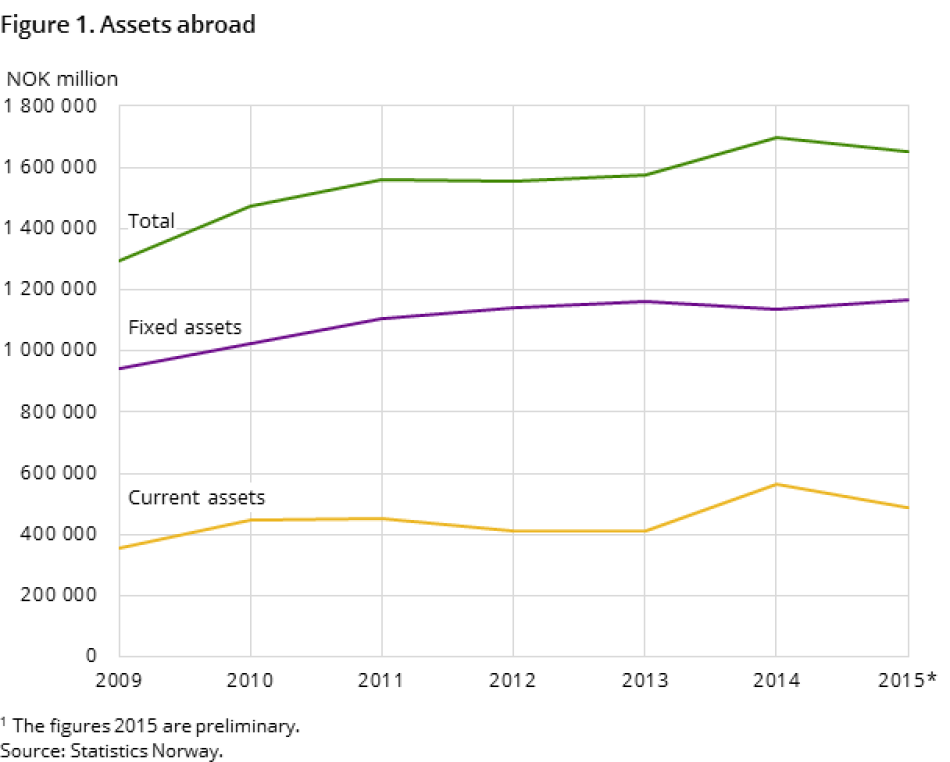 Norwegian asset holdings in Europe dropped by 9 per cent, or about NOK 115 billion. The largest proportion of assets was in Belgium, Sweden and the Netherlands.

Increase in liabilities abroad levelling off