One in three changed party 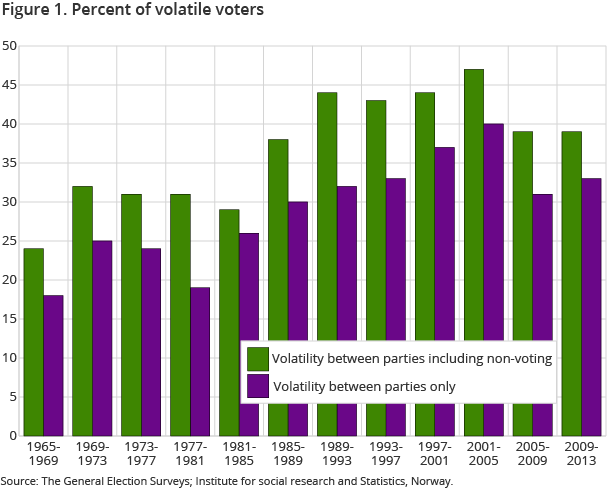 Statistics Norway and the Institute for Social Research is today publishing the first results of the extensive voter survey conducted in conjunction with the general election in 2013. The survey covers voters who were interviewed in both 2009 and 2013. A total of 1 982 voters were interviewed about the party elections. Turnout is checked against the official electoral roll and a relatively large additional sample was also drawn for this purpose. We therefore have a range of about 12 000 voters and can thus provide more reliable figures for voter turnout by age, gender and education than in previous elections.

Main report coming in the summer of 2015

In the summer of 2015, Statistics Norway and the Institute for Social Research will publish further analyses and descriptions of voting behaviour in relation to the election of 2013.