For this year’s county and municipal elections, 59 983 nominees are candidates. The proportion of females is 43 per cent. The share with an immigrant background is 4.2 per cent; an increase of 0.7 percentage points compared to the local elections in 2011. 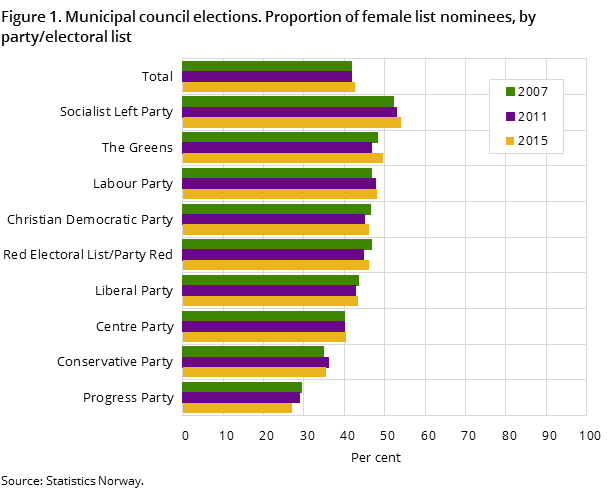 43 per cent of the nominees are women

The proportion of women in the municipal election is 43 per cent. This is an increase of about 1 percentage point compared to local elections in 2011. As in previous elections, there are significant differences between the parties/lists. The Socialist Left Party has the highest proportion of women among their list nominees, with 54 per cent. The Greens have about 50 per cent women among their list nominees. The Progressive Party has the lowest at 27 per cent. 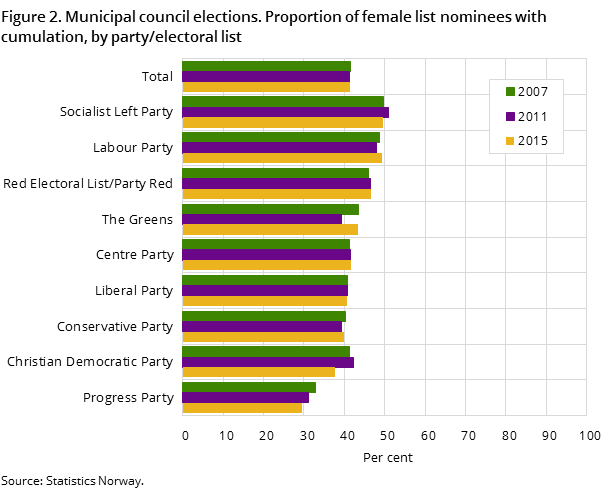 Most nominees over 50 years

Fifty-two per cent of nominees in the municipal election are over 50 years of age. Nineteen per cent of all candidates are men over 60. In comparison, women in the same age group represent 11 per cent. Six per cent of all candidates are women under 30 years of age, while men in the same age group are 5 per cent. The Greens have the highest proportion of nominees under 30 years old, while the Christian Democratic Party has the lowest percentage. The Christian Democratic Party and the Socialist Left Party have the highest percentage of list candidates over 60 years, while the Greens have the lowest percentage. 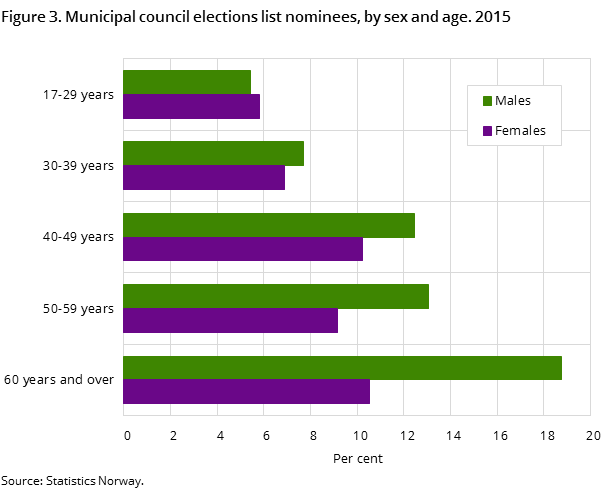 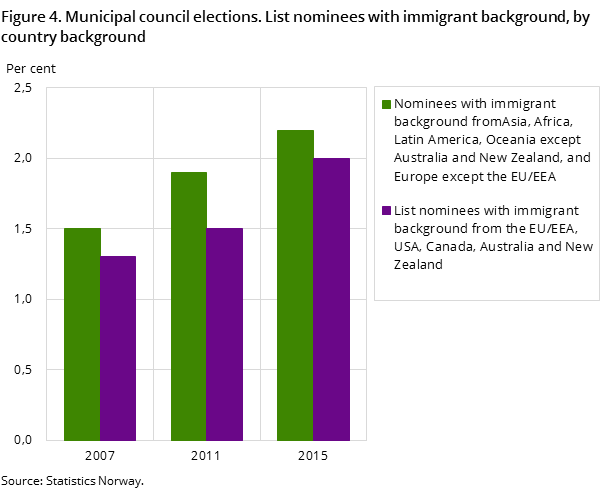 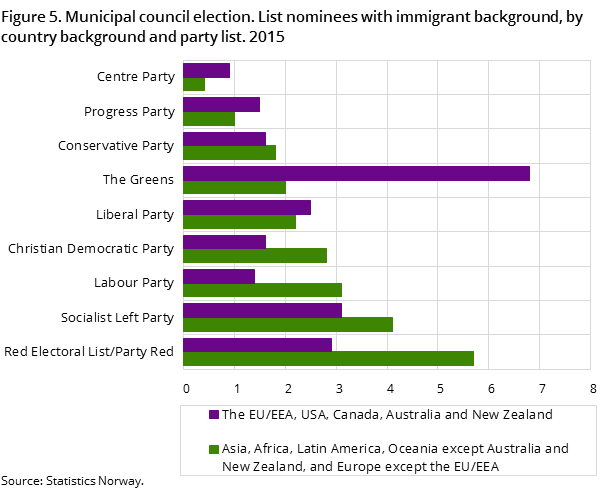 Large proportion of nominees with a high level of education