Exports of crude oil ended at NOK 17.4 billion in August 2017, which was a fall of 3.7 per cent from August last year. The price was up by almost NOK 11 per barrel, hence there was a drop in volume. Export volumes were down by 6.3 per cent to 44.4 million barrels.

Exports of natural gas came to NOK 12.6 billion in August 2017. This corresponds to an increase of NOK 3.0 billion, or 31.5 per cent compared with August last year.

The export volume of natural gas in a gaseous state came to 9.8 billion standard cubic meters – up 32.7 per cent. However not a particularly high exports volume – maintenance work made the volume low in August 2016. 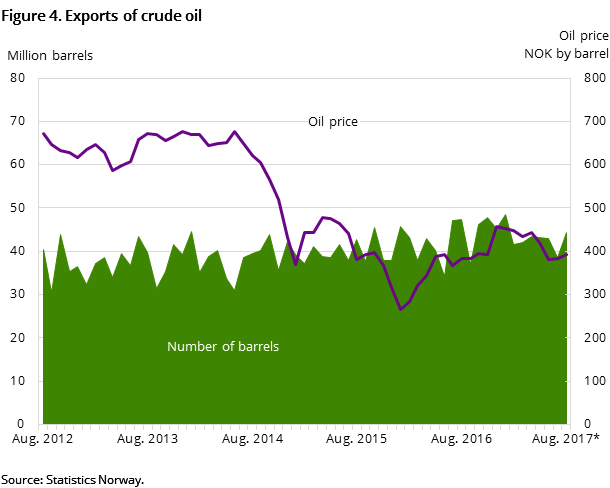