In cooperation with the Directorate of Customs and Excise, Statistics Norway has examined the import data on snuff. Previously published figures in the period from 2009 to 2010 are too low, and there are inconsistencies regarding country of origin in the period from 2011 to 2013.

9 February 2015: Import values on snuff in the period from 2009 to 2011 is wrong, revised figures will be published as soon as possible.

This is due to discrepancies in customs declarations. 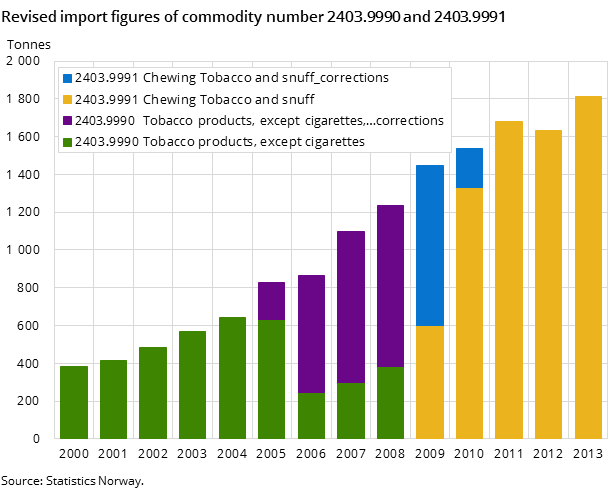 Revised figures on total imports in the period from 2005 to 2010 have been increased compared to the previously published figures. This is due to missing imports with Sweden as country of origin.

For the years 2011 to 2013, previous figures on total import are unchanged. However, it turns out that a major part of the imports from Denmark should have been recorded with Sweden as the origin.

Revised figures are available by following the links in the margin to the right.  The external trade in goods statistics will not be updated with changes in the years before 2013.