A high surplus on both the goods and service account and the income and current transfers account led to a higher surplus on the BOP current account from the 3rd to the 4th quarter of 2017.

Preliminary figures for 4th quarter 2017 show a surplus on the current account balance of NOK 35 billion. For the year 2017, the surplus ended at NOK 168 billion. This is NOK 50 billion more than the previous year. The balance of goods and services had a stronger development than the balance of income and current transfers measured from the previous year, but both had a positive growth.

Exports and imports are revised for 2017

For the financial account, revisions have been made dating back to the first quarter of 2016. 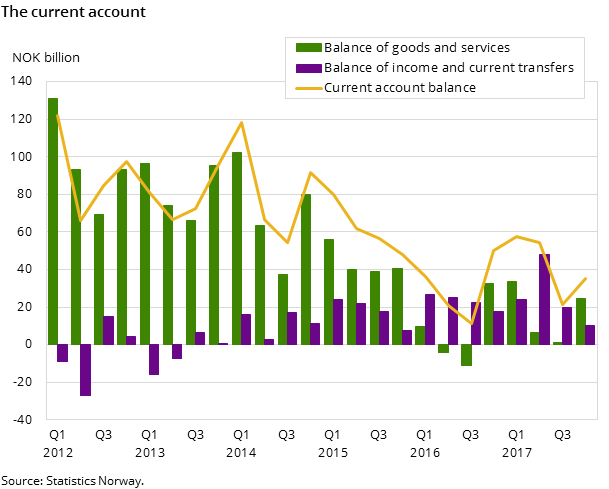