Exports of arms down 20 per cent last year

The underlying data in this article are based on customs export declarations and contain all military weapons except for warships and fighters.

Exports of weapons fell by 20 per cent in 2016 compared to the previous year. There was a decline in all major weapon groups. The group «bombs, grenades, torpedoes, mines and similar military equipment» fell by about a third, ending at NOK 742 million. «The groups military weapons and parts for weapons» and «ammunition and parts» were reduced by around 20 and 10 per cent respectively. Exports of goods within the group «armed fighting vehicles and parts» rose by NOK 49 million, amounting to NOK 75 million in 2016.

Figure 1. Export of weapons and ammunition, by groupings. Portion of yearly value

NATO and the USA are the largest recipients of Norwegian weapons

Seventy-five per cent of the Norwegian exports of arms in 2016 went to NATO member countries, compared to 68 per cent the previous year. By comparison, the share of exports to NATO allies was 69 per cent on average in the five-year period 2012 to 2016.

Due to armament agreements etc., exports to individual countries vary a lot from one year to another.

In 2016, the USA was, as in previous years, the largest recipient of Norwegian arms, making up about 40 per cent of the total arms export value. The USA imported weapons for NOK 773 million, which is 10 per cent less than in 2015. About half of the value was commodities classified as «bombs, grenades, torpedoes, mines and similar military equipment».

Among European countries, the Netherlands and Switzerland accounted for the highest amount. Both countries received Norwegian weapons in 2016 for NOK 121 million, approximately the same value as the year before. Exports to Sweden and Germany increased to NOK 104 and NOK 84 million respectively, while the exports to Poland, which have been high in the last five years, dropped considerably, ending at NOK 52 million compared to NOK 333 million in 2015.

Slight increase in exports of weapons to the Middle East

With regard to countries in the Middle East region, arms exports rose to the United Arab Emirates totalling NOK 79 million in 2016, which is NOK 41 million more than the previous year. Exports to Kuwait declined from NOK 16 million to NOK 4 million. The arms trade with Oman was negligible (NOK 16 000), and there were no exports to Qatar or Saudi Arabia in 2016. Most of the goods exported to the Middle East region were classified as «ammunition and parts» and «weapons and weapons parts».

In a five-year perspective Poland was the second largest importer

In the period 2012–2016, Norwegian exports of arms totalled NOK 10.7 billion. This is a decrease from the previous five-year period 2007–2011 when total exports amounted to NOK 13.6 billion. Overall, for the last five years, 31 per cent of the Norwegian exports of arms went to the USA, while 11 per cent of the total export value – i.e. NOK 1.2 billion – went to Poland. Other countries importing Norwegian arms for values between NOK 500 million and NOK 1 billion for the whole of this period were Switzerland and Sweden.

Other sources of figures for arms exports

The Storting publishes an annual report on Norwegian arms exports. The figures differ from those published by Statistics Norway because the Ministry of Foreign Affairs, which provides the figures, has a different classification of commodities, and the figure includes exports of services and repair trade. The latest report to the Storting states that military equipment for NOK 4.2 billion was exported in 2015.

The UN foreign database, Comtrade, ranks Norway as the world's tenth largest arms exporter in 2015. The trade data, from which this ranking is calculated, cannot be considered to be fully comparable as the rules on registration of weapon trade vary considerably from country to country.

The Stockholm International Peace Research Institute (SIPRI) calculates and ranks international arms trade on a broader basis. A summary of the latest edition of SIPRI's yearbook.

Some of the figures from the External trade in goods are available as pre-made API-datasets. 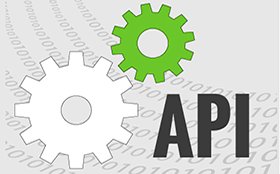 The Commodity List follows the nomenclature of the Norwegian Customs Tariff, as from 1988 based on the combined tariff/statistical nomenclature, the Harmonized System (HS).

Other Norwegian websites on external trade