About 61 per cent of adults in Norway participated in education or training in 2012 compared to 55 per cent in 2007, an increase of 6 percentage points. There is no significant gender difference in participation in 2012. 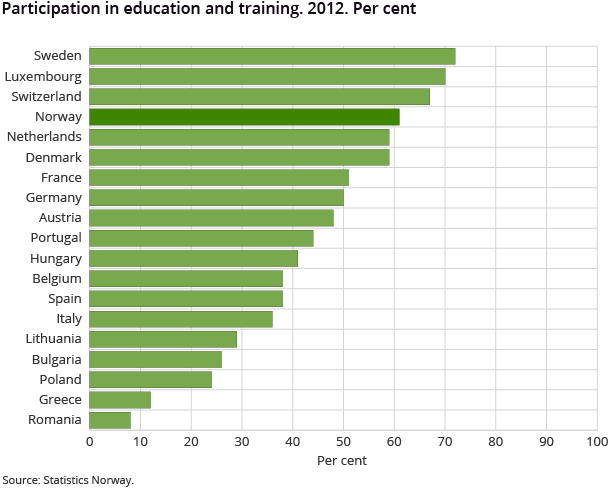 Persons in the lower age groups participate more in education and training. In 2012, approximately 72 per cent aged 25-34 years participated in education or training, while only 50 per cent of 50-64 year olds did the same.

There are significant country differences across Europe ranging from about 8 per cent in Romania to 50 per cent in France and Germany.