This means that the level of government subsidies has decreased by 1 percentage point compared with the previous year. Parental payments have remained stable in the last year. 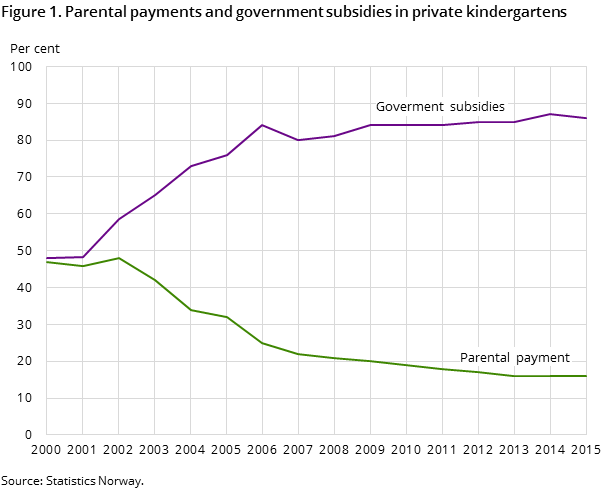 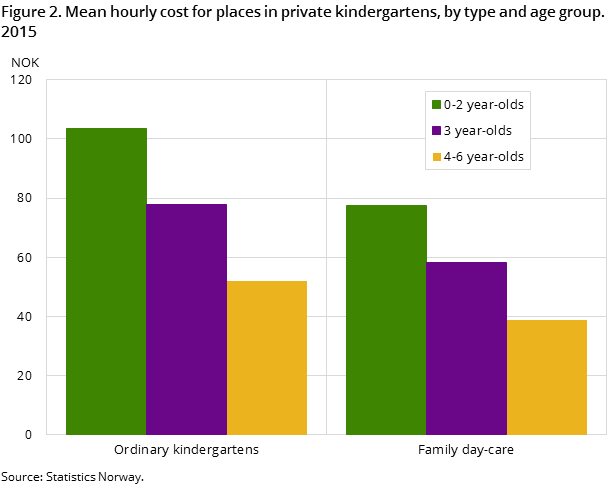 The average costs are generally higher at private ordinary kindergartens compared with private family day-care. The youngest age group of children also has higher costs compared with the somewhat older children. The highest hourly cost was observed in the age group 0-2 in ordinary kindergartens, with NOK 104. The lowest hourly cost was in the age group 4-6 in family day-care, with NOK 39. 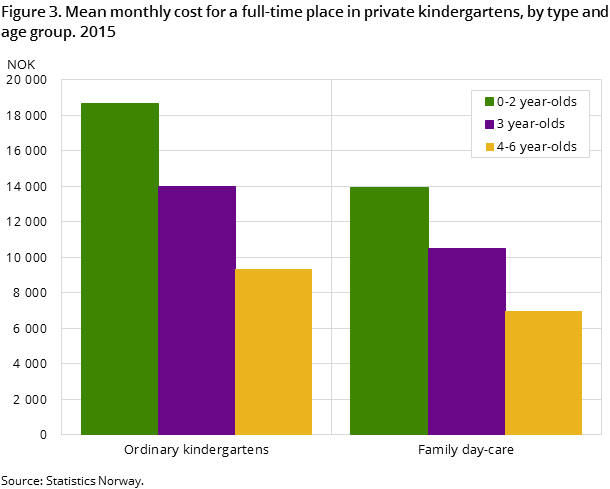