258987_not-searchable
/en/transport-og-reiseliv/statistikker/vsu/aar
258987
High cargo volumes from Oslo and Akershus
statistikk
2016-05-26T10:00:00.000Z
Transport and tourism
en
vsu, Commodity Flow Survey (discontinued)Land transport , Transport and tourism
true
The statistics show the flow of goods measured in tonnes between the supply side (manufacturers, importers and wholesalers), and the user side (intermediate goods used in manufacturing and other goods-producing industries, agencies, wholesale and retail as well as exports from these industries).

The tables are corrected.

In 2014, about one third of all shipments from establishments within mining and quarrying, manufacturing, sewage and collection of waste and wholesale trade were sent from Oslo and Akershus to recipients around the country. This corresponds to 21.8 million tonnes. 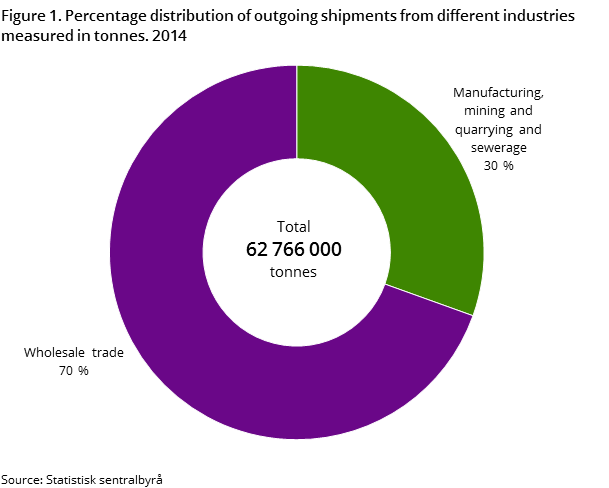 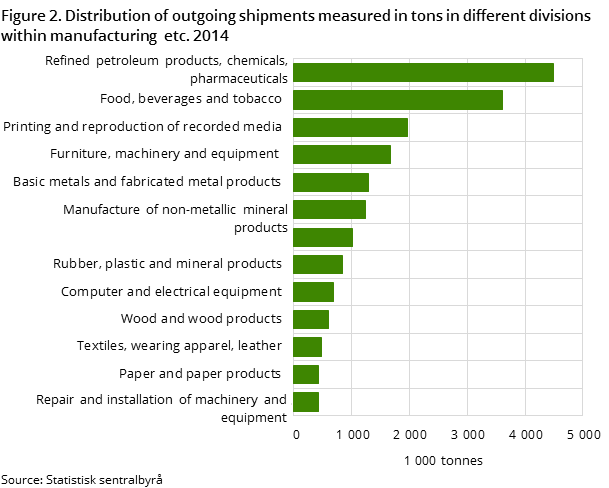 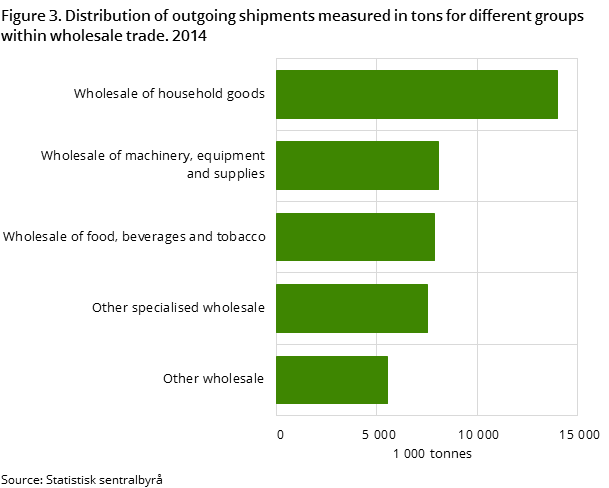 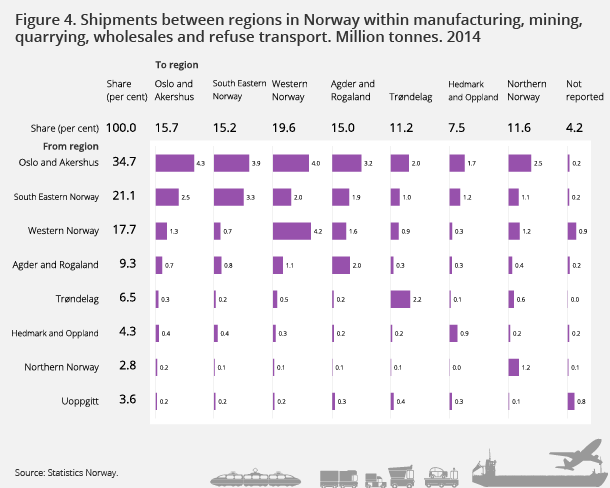 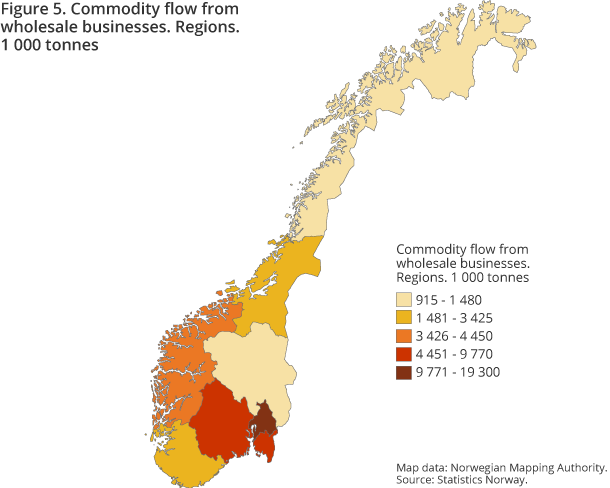 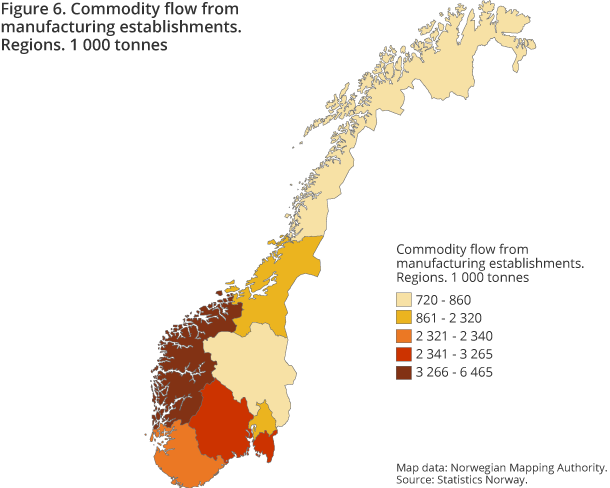 In total, 62.8 million tonnes of outbound deliveries were transported from establishments within these industries in 2014. This is reflected in the results from the commodity flow survey conducted in 2014, where the distribution pattern within and between different regions in selected industries is examined. Light is also shed on imports and exports of goods using data from the external trade statistics.

One third of wholesale trade is in household goods

The 'Oil refining and chemical pharmaceutical industry' transports the most, with 4.5 million tonnes. Next is the 'Food, beverages and tobacco industry', which produces 3.6 million tonnes. 'Printing industry' and 'Furniture and computer industries' represented 2.0 and 1.7 million tonnes of goods respectively.

Recycling and waste generate a lot of transport

This is the second commodity flow survey carried out in Norway. The commodity flow matrices represent the flow of goods measured in tonnes between the supply side (manufacturers, importers and wholesalers), and the consumer side (intermediate goods used in manufacturing and other goods-producing industries, agencies, wholesale and retail and export of these industries). In addition to the amount of goods, the material also gives information on the value of goods, where the goods are shipped from and the receiver at a postcode level. A shipment of goods represents a natural shipment from an establishment to a receiving operation, independent of the physical product value. Internal transport between different facilities or departments of an enterprise is also included in the survey. In addition, the information in the external trade statistics has been adapted to facilitate the analysis of the flow of goods for imports and exports to and from Norway.

The survey data is partly collected through forms and partly as a total count from the largest transporters in Norway. Total figures for the country are generated by imputing for partial non-response and unit non-response. The estimated total number of shipments and tonnes transported entails a degree of uncertainty. The material’s strength is the large number of shipments, which enables the creation of a good-quality distribution pattern on a postcode level for most sub-industries. Some industry sub-groups are, however, poorly covered, such as the transport of gravel etc., or more generally, transfers to plants where the delivery address in the form of postcode is not available or naturally known.