Strong growth in driving with electric cars and hybrids

The combined mileage covered by electric cars and hybrid cars increased by more than 40 per cent from 2016 to 2017, accounting for around 10 per cent of the total vehicle-kilometres driven with Norwegian passenger cars in 2017.

The stock of Norwegian-registered electric cars and hybrid cars grew sharply in 2017, and the mileage covered by these vehicles also increased significantly according to new figures for Road traffic volumes.

Figure 1. Road traffic volumes for all passenger cars, by type of fuel

Diesel-powered passenger cars are driven the most

The calculated average mileages for passenger cars powered by electricity and by other fuels were 11 800 kilometres and 12 900 kilometres in 2017, respectively. However, for these vehicle categories the average annual distances are affected by the strong growth in the stock of electric cars and hybrids during 2017, resulting in a large proportion of the cars being driven less than twelve months of the year.

Two-thirds of total driving is diesel-powered

Diesel-powered road goods vehicles, buses and passenger cars were driven 29.9 billion kilometres in 2017, about the same as the year before. This accounted for 66 per cent of the total distances covered by all Norwegian road vehicles in 2017. In comparison, petrol-powered road vehicles were driven 11.6 billion kilometres, reducing their share of the total road traffic volumes to 26 per cent.

Figure 2. Road traffic volumes for all vehicles, by type of fuel

Electric vehicles and vehicles powered by other fuels both increased their shares of the total distances covered by Norwegian road vehicles from around 3 per cent in 2016 to around 4 per cent in 2017.

All in all, Norwegian road vehicles were driven a total of 45.2 billion kilometres on Norwegian and international roads in 2017. This is an increase of 0.9 percent in total road traffic volumes compared with the previous year.

The road traffic volume statistics are based on odometer readings collected at mandatory periodic vehicle inspections. The calculation of driving distances for cars that have not yet had their first control is model-based (see About the statistics). However, the rapid increase in the stock of electric cars in recent years, coupled with the rapid development in the technology and reach of these vehicles, has provided certain challenges for the modelling of average and total mileages for electric vehicles. In connection with the publication of the road traffic volume statistics for 2017, Statistics Norway has developed a more detailed model for calculating these mileages. At the same time, the calculated mileages for electric cars has been adjusted for the years 2015 and 2016 using the new model. 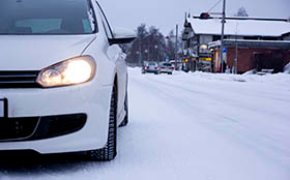 The number of registered electric cars in Norway was 142 490 at the beginning of 2018 - an increase of over 40 per cent from the previous year.