From 2014 to 2015, the growth in transport work by public transport was almost 6 per cent. The transport work performed by private cars increased by nearly 2 per cent during the same period. 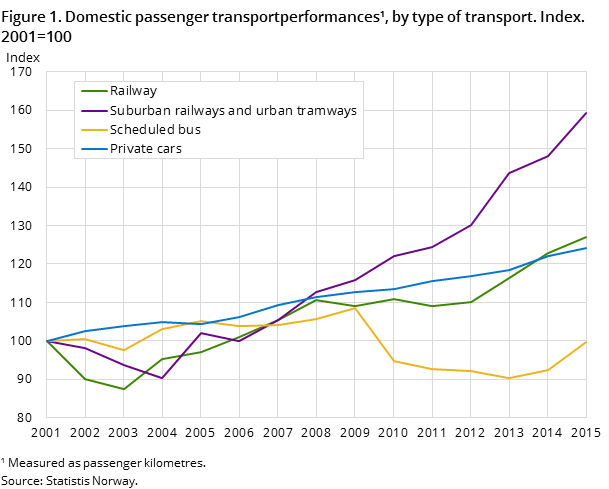 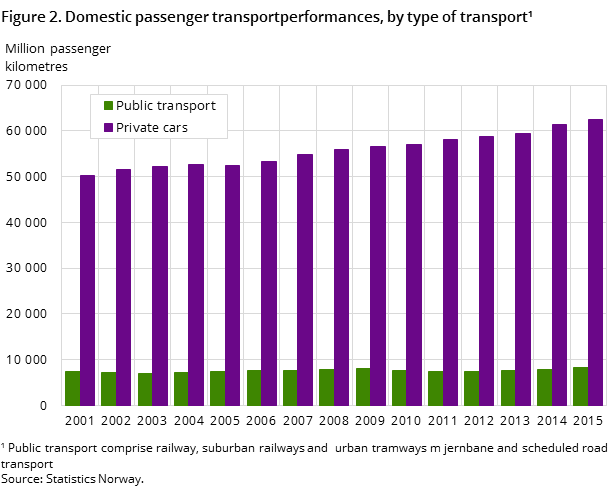 New milestone in lorry transport history, with over 20 billion tonnes-kilometres

Close race between lorry and maritime transport – including cabotage

The domestic transport performance statistics have traditionally comprised domestic transport with Norwegian-registered modes of transport only. This provided a good basis for comparing the respective modes of transport in terms of level and development over time. In recent years, however, a large proportion of goods transported along the Norwegian coast with vessels for hire or reward and on own account registered in the Norwegian Ship Register (NOR) has been taken over by ships registered in foreign registers and in the Norwegian International Ship Register (NIS). Starting with this release, the figures and tables for goods transport are published both with and without cabotage. The time series began in 2010. It shows that vessels registered in NOR performed almost 5.1 billion tonnes-kilometres in 2015, or a quarter of Norwegian-registered lorries transport work in Norway this year. Supplemented by ships registered in NIS and in foreign ship registers, the transport work increased to 19.6 billion tonnes-kilometres in 2015. This represented 94 per cent of the transport performance in Norway by both Norwegian and foreign-registered lorries the same year.