Norwegian and foreign lorries transported almost 294 million tonnes of goods to, from and within Norway in 2015; three per cent less than the year before. Norwegian lorry transportation is dominated by domestic driving, while foreign lorries have a very high market share in driving to and from Norway. 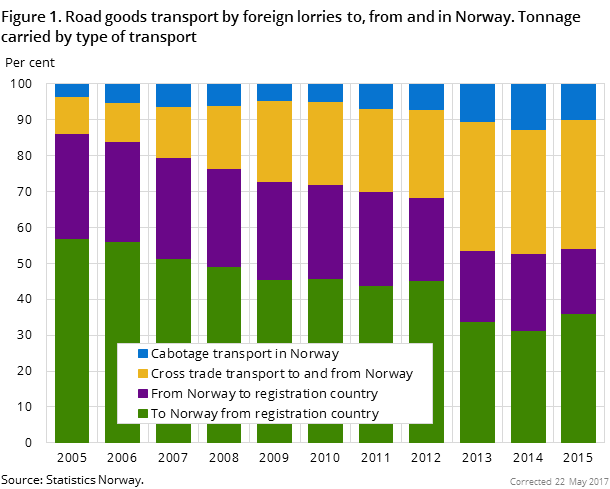 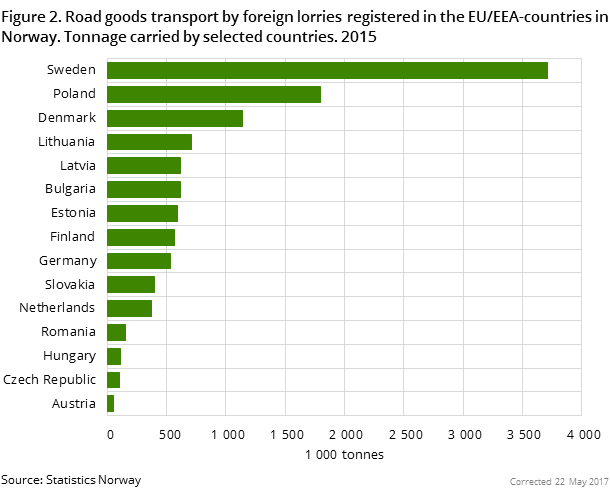 Polish lorries mostly dealt with cross trade in Norway. Nearly one million tonnes of goods were transported between Norway and a country other than Poland.

The statistics include freight transport on trips to, from and in Norway, conducted by lorries registered in the EU/EEA countries. The figures for Germany for 2015 are calculated.