Akershus still has the most electrically powered passenger cars, with 19 450. This is 43 per cent more than the year before. Oslo and Hordaland counties have the next highest number of registered electric passenger cars, with 16 773 and 16 171 respectively. The largest percentage growth in the electric passenger car population from 2015 to 2016 was in Telemark, with an increase of 88 per cent to 2 066 cars. Given that the driving range remains a challenge for most electric cars, it is no big surprise that the county with by far the fewest electric cars is Finnmark, with a modest 135. 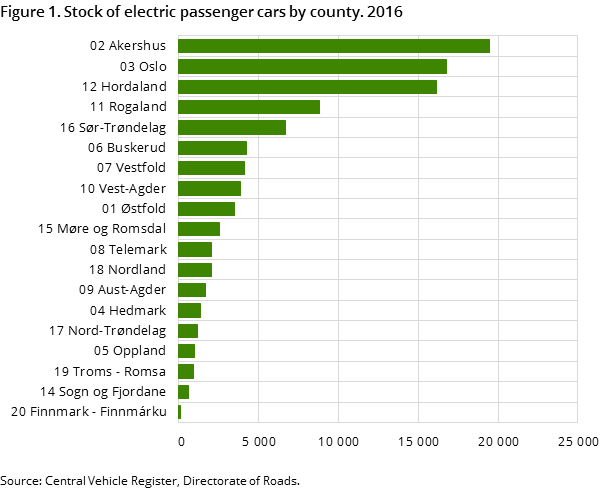 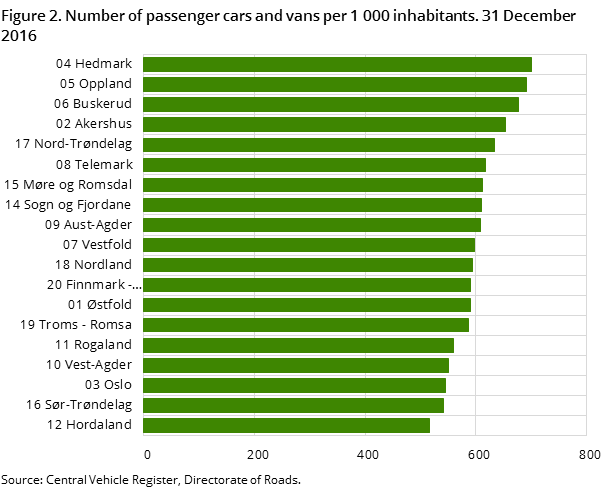 The stock of diesel cars continues to increase, albeit weakly. Forty-eight per cent of all registered passenger cars were running on diesel at the beginning of 2017, compared with 47.6 per cent the year before. A total of 44.9 per cent of passenger cars use petrol. Note that from 2016 petrol-hybrid passenger cars are separated from the fuel group petrol and placed under the group Other fuel.. 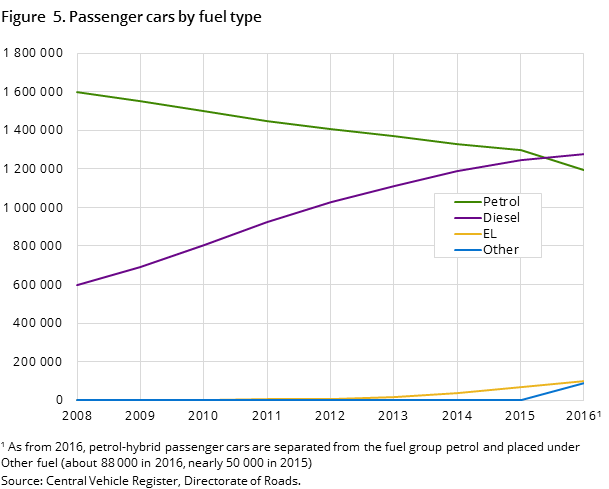 The oldest passenger car stock is registered in Oppland, with an average age of 13.1 years. The average age was decidedly lowest in Oslo, with 7.6 years. 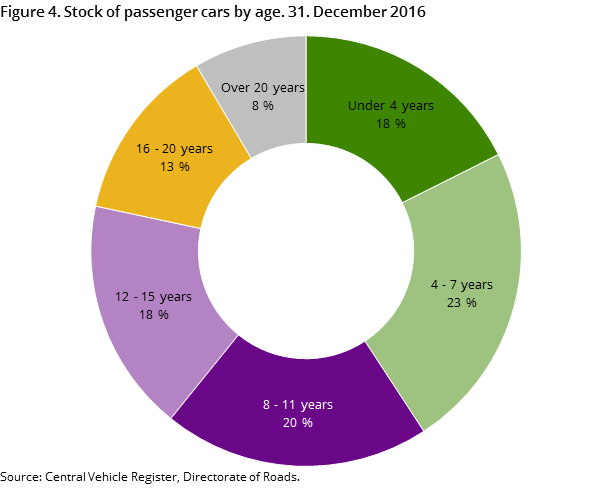 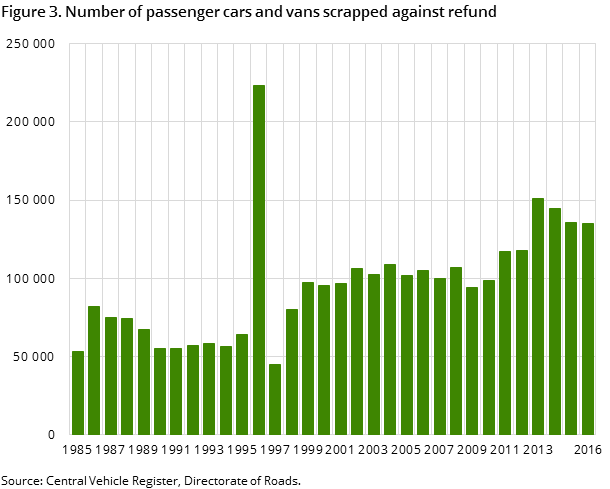