In 2015, 117 persons were killed in 102 fatal accidents on Norwegian roads. This was 30 fewer fatalities than in 2014. A total of 693 were severely injured, 19 more than the year before. The risk of being killed or seriously injured in a road traffic accident in Norway is among the lowest in the world.

The number of fatalities in traffic continues to fall despite a steady growth in traffic and number of vehicles. In 2011, traffic fatalities totalled 168, making this the first year in recent times where the number of road fatalities was under 200. Except in 2013, when the number increased to 187, there has been a steady decline ever since.

Contrary to the trend of decreasing fatalities, the preliminary figures for 2016 show that the number of road fatalities has increased this year so far; in the first four months, 39 people lost their lives compared with 27 last year. 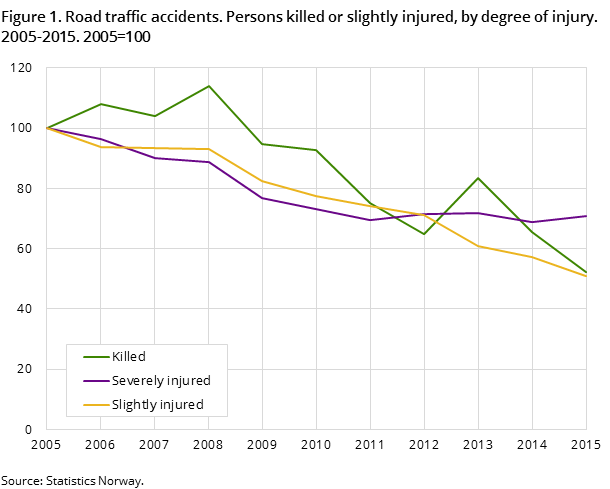 The most complete accident statistics for the 28 EU countries are from 2014. In 2014, Norway’s 147 fatalities corresponded to a risk of 2.8 fatalities per 100 000 inhabitants. The lowest was Malta, with 2.4. This was followed by Sweden and Norway, with 2.8 each. The highest risk was in Latvia, with 10.6 fatalities per 100 000 inhabitants. To illustrate the disparity this entails, the number of fatalities in Norway would be 527 in 2014 with the Latvian risk exposure.

In total, 25 928 people were killed in road accidents in the 28 EU countries in 2014. The four countries Germany, France, Italy and Poland had about 3 300 traffic fatalities each, and accordingly accounted for just over half of all fatalities this year.

The number of severely injured increasing

The number of people severely injured in traffic accidents is decreasing, however this trend has more or less flattened out in recent years. In 2015, 693 people were severely injured, which is 19 more than the year before. The number has remained fairly stable at around 700 in the past five years.

The number of slight injuries has also been significantly reduced in recent years. In 2015, 4 831 persons were slightly injured, compared with 5 397 the year before. In 2011, the corresponding figure was 7 009. For slight injuries, we know there is a large degree of under-reporting, since many do not report these accidents to the police. However, we have no reason to believe that the proportion of non-reporting has changed significantly over the period.

Of the117 who were killed in traffic in 2015, 22 lost their lives within urban areas; 9 were pedestrians and 3 were cyclists.

Most fatal accidents happen outside urban areas. Ninety-five people were killed here, and the vast majority (73 per cent) were involved in either a single accident or head-on-collision, corresponding to 38 and 31 fatalities respectively. 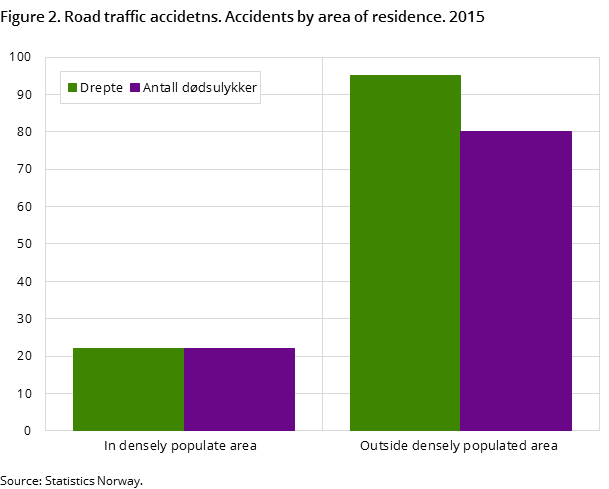 Most lost their lives in Oppland

Twelve people lost their lives in Oppland traffic in 2015, while nine died in Nordland. 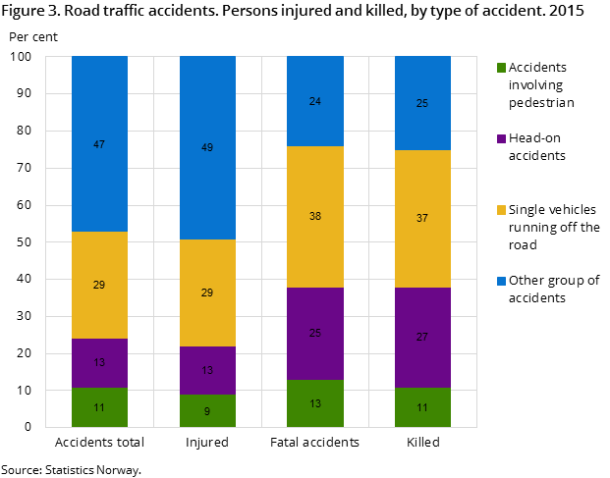 Twenty motorcyclists were killed in traffic last year compared with 16 in 2014. This represents 17 per cent of all traffic fatalities in 2015. The number of pedestrians and cyclists killed in traffic was reduced from 30 in 2014 to 17 last year. Seventy-six of those who died last year were either the driver or a passenger in a car. This represents 65 per cent of the fatalities, compared with 60 per cent in 2014. 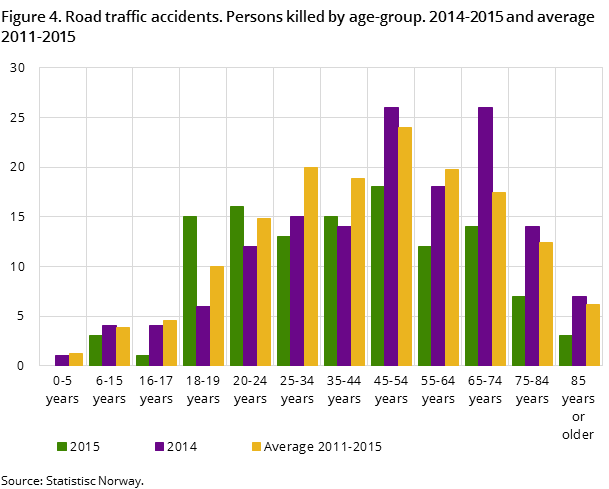 Sixteen people were killed in accidents involving lorries in 2015, compared with 17 in 2014. 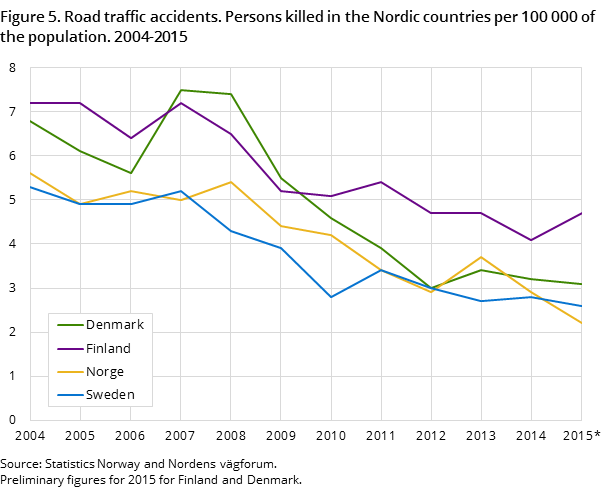 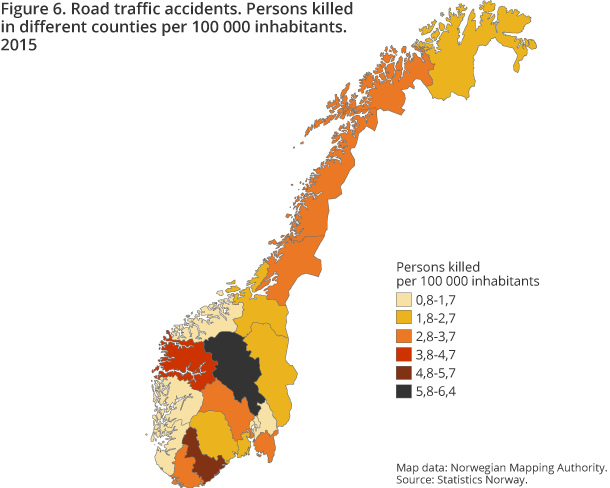 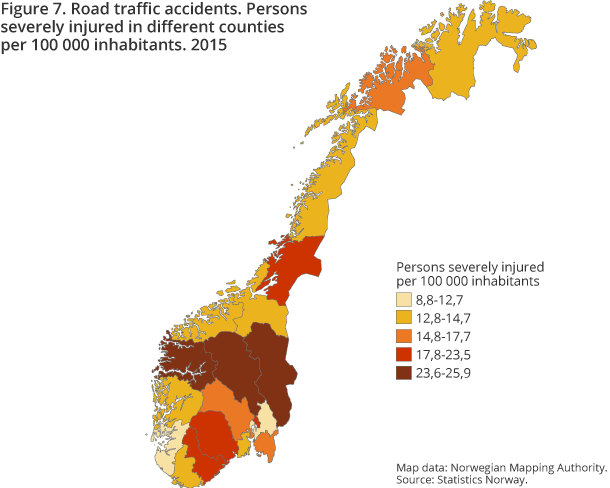