In 2017, 106 people died in 102 fatal accidents on Norwegian roads, and 665 people were severely injured. This was 29 less fatalities than in 2016, while the number of severely injured increased by 9.

These figures are the lowest since 1947, when there were 94 fatalities and 640 people were severely injured. In the other Nordic countries, we find a similar positive trend. In Sweden, 253 were killed in traffic last year compared to 270 in 2016. In Denmark, there were 183 fatalities last year compared to 211 in 2016 according to preliminary figures. Similarly, in Finland the number was reduced from 258 to 212 in 2017. 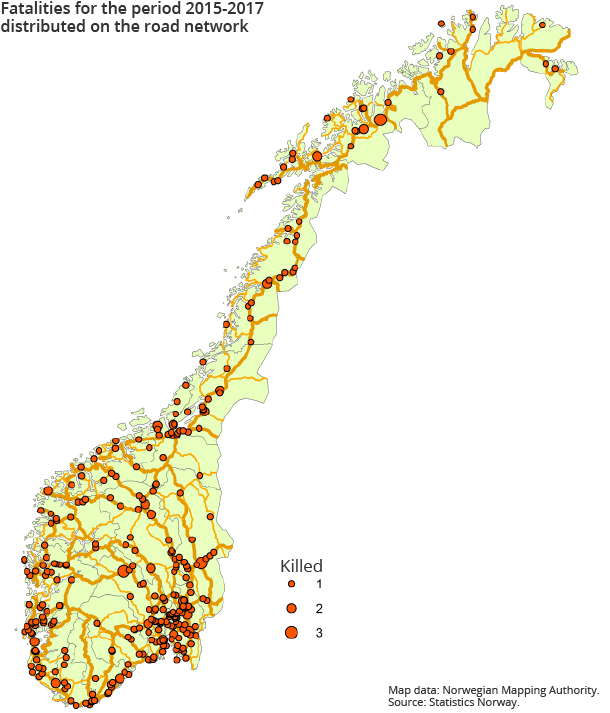 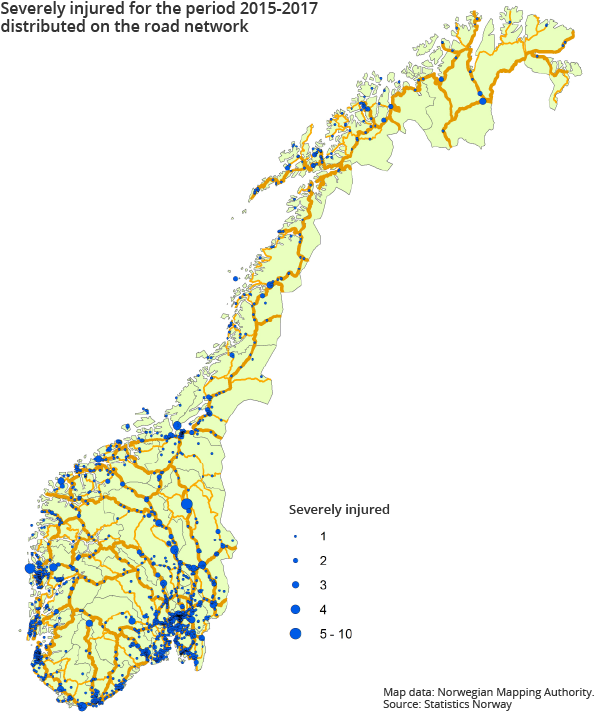 Most fatalities are drivers or car passengers

Most fatalities outside urban areas