This statistics has been discontinued. Consult Norwegian Customs and Ministry of Finance.

The number of drug seizures has increased significantly. Norwegian Customs and Excise reports a change in smuggling patterns and a trend of smaller amounts of drugs in each seizure. As a result of the border inspections in 2013, the agency made 3 905 drug seizures; an increase of 32 per cent from 2012. 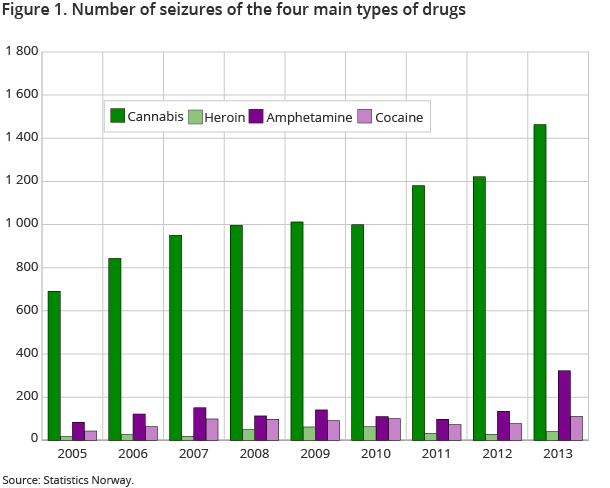 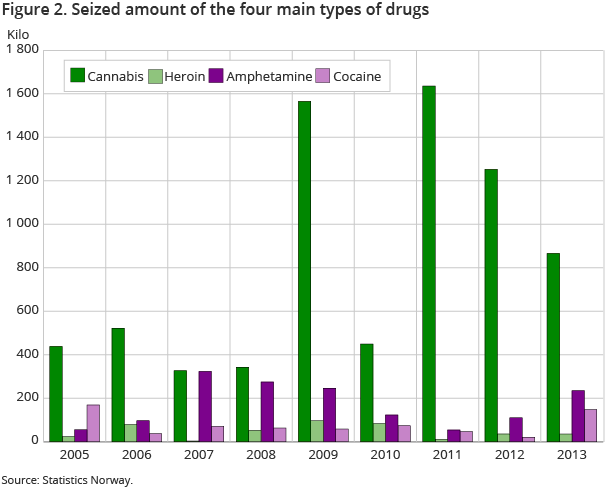 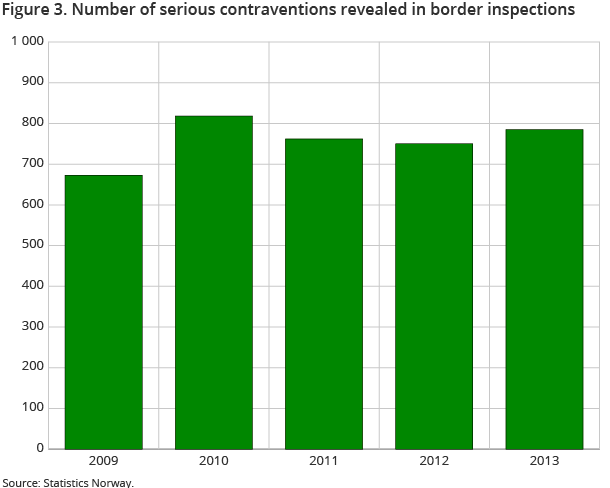 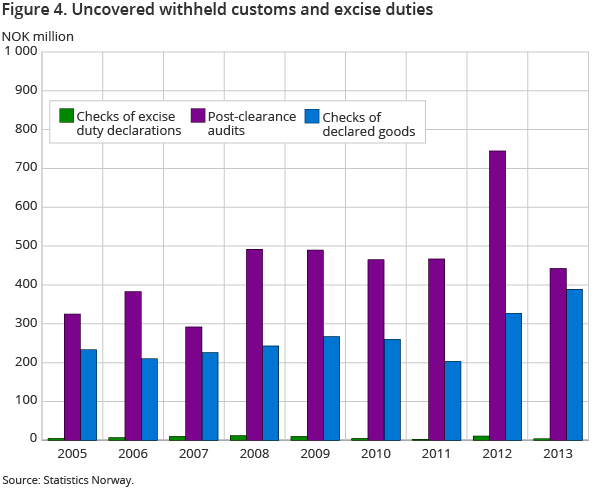 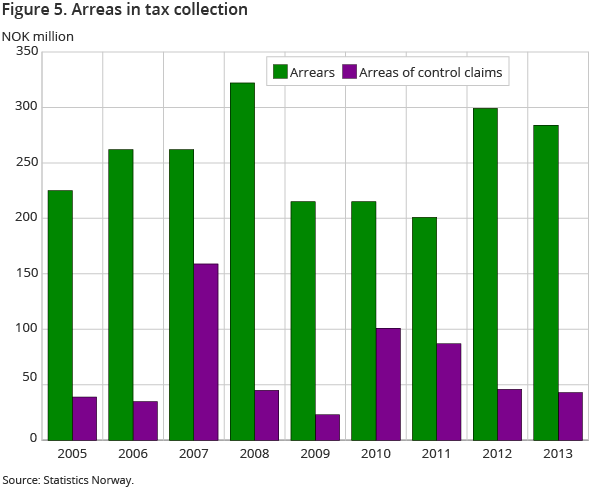 A large part is due to more frequent use and importation of new synthetic narcotics, but drug seizures of traditional types of narcotics have also increased. Customs reports a change in smuggling patterns, with more smuggling attempts and smaller volumes. They say that one possible explanation is that smugglers want to spread the risk, and that there is also an increase in online ordering of relatively small doses of drugs delivered by post.

Measured in volume, the seizure of different types of drugs varies from year to year, with large single seizures affecting the results. Compared with 2012, there was a large increase in cocaine, amphetamine and khat. Seized amounts of heroin were at the same level as in 2012, while cannabis went down.

The share of inspections revealing attempted smuggling has increased in recent years, and compared with 2012 the detection rate went up from 6.7 per cent to 8.0 per cent.

As a result of the border inspections, 8 007 cases were reported to the police; 785 of which were considered serious contraventions. Compared with previous years, the number of cases filed to the police has increased significantly, with 1 118 more than in 2012. This is due to the growth in the number of drug seizures. Since there is a smaller amount of drugs in each seizure, the number of uncovered serious contraventions has not increased to the same extent, but went up from 750 cases in 2012 and 762 cases in 2011.

In order to ensure proper declaration of custom and excise duties, customs carries out different types of financial audits. In 2013, post-clearance audits, checks of declared goods and excise duty declarations uncovered withheld taxes totalling nearly NOK 836 million. Corrections from checks of declared goods were higher than previous years, while corrections from post-clearance audits went down. Overall, corrections decreased by NOK 247 million compared to 2012, where one single case totalling NOK 200 million had a major impact. Compared with the period from 2005-2011, uncovered withheld duties increased. As a result, 185 serious contraventions were revealed and 28 of the most serious offences were reported to the police.

In addition, customs performed post-clearance audits. As in 2012 and 2011, almost 560 audits were conducted. A total of 41.8 per cent revealed violations, and compared with 2012 the detection rate went down 3.7 percentage points.

Customs collected taxes totalling NOK 212 billion in 2013. The results from tax collection show that arrears totalled NOK 326 million; somewhat lower than the NOK 345 million in 2012, but higher than in the period 2009-2011.