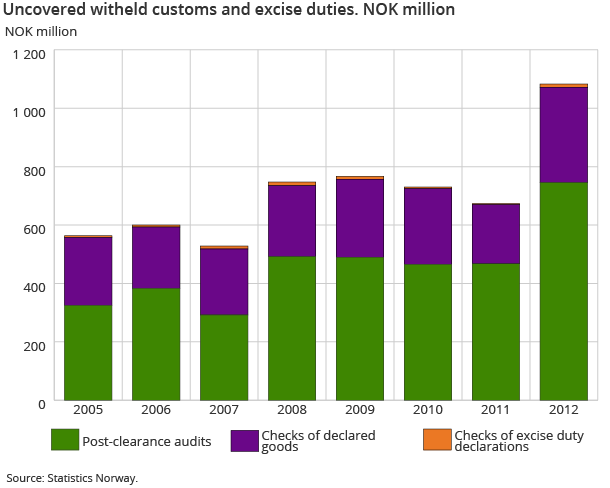 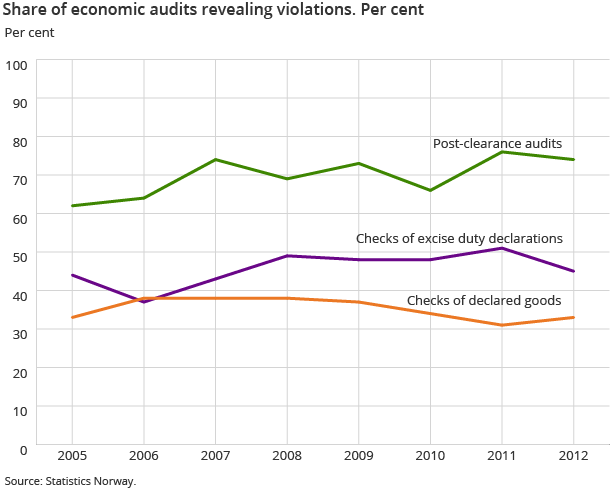 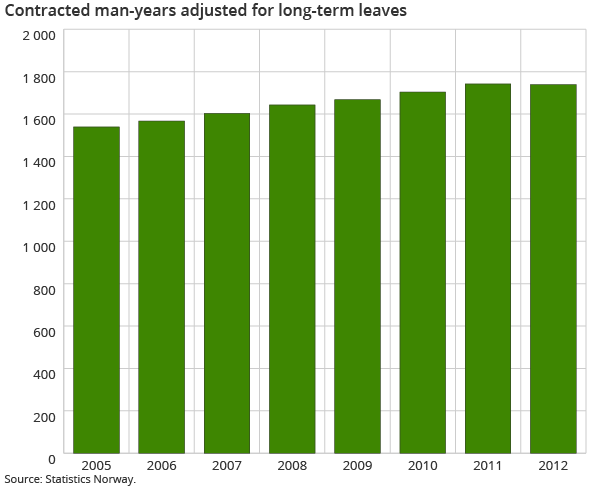 This amount is significantly higher than in previous years, and is up 60.9 per cent from 2011. The largest increase was from post-clearance audits where corrections in favour of the state amounted to NOK 745 million in 2012; NOK 278 million more than in 2011. Checks of declared goods led to corrections of NOK 327 million; up NOK 124 million from 2011. Single cases affect the results, and the largest calculation in 2012 was the lack of payment of VAT on imported goods totalling NOK 200 million. Overall, 183 serious contraventions were revealed and 30 of the most serious offences were reported to the police.

In addition, the agency performed post-clearance audits. As in 2011, almost 560 audits were conducted in 2012. A total of 45.4 per cent of the audits revealed errors, and compared with 2011 the detection rate went down 5.7 percentage points.

Norwegian Customs and Excise collected taxes equal to NOK 210 billion in 2012. Due to higher imports, revenues rose by 2.8 per cent from 2011. The results from tax collection show that a total of 99.84 per cent of determined and overdue claims were paid in 2012. The corresponding figure for 2011 was 99.86 per cent.

In order to prevent illegal imports and exports of goods, the agency carries out border inspections of travellers, transport and goods.

The number of drug seizures has increased each year in the period from 2005-2012, but Customs indicate a trend for smaller amounts of drugs in each seizure.