This statistics has been discontinued. Consult The Norwegian Armed Forces. 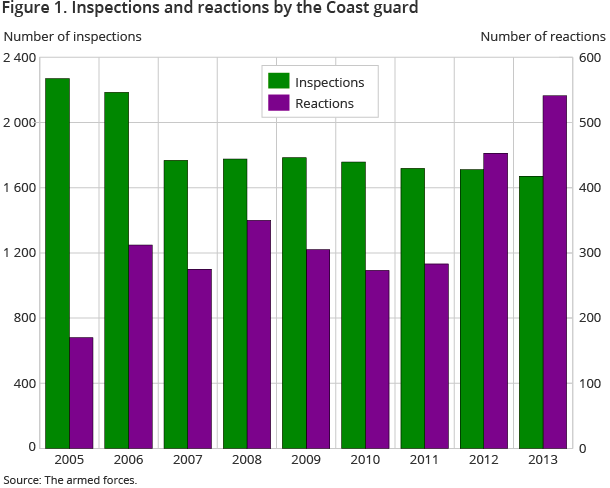 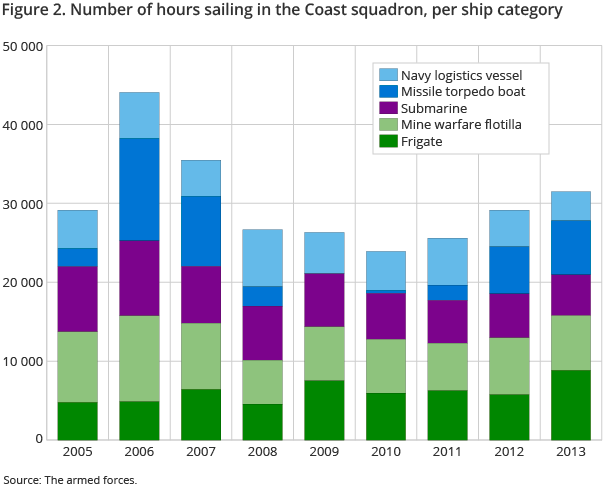 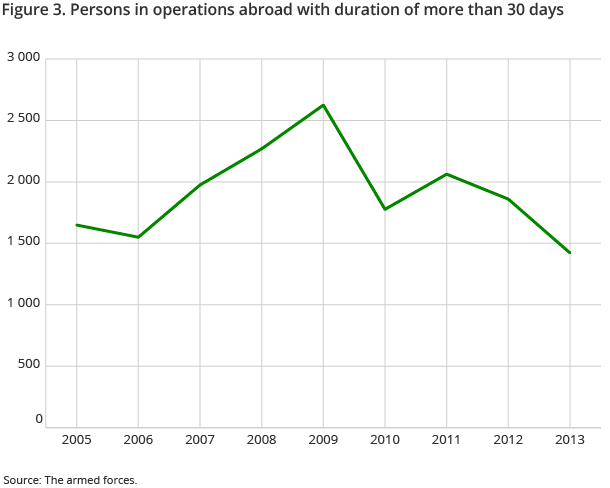 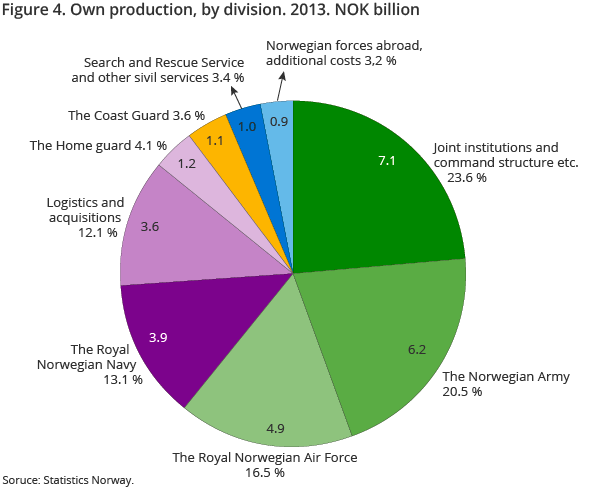 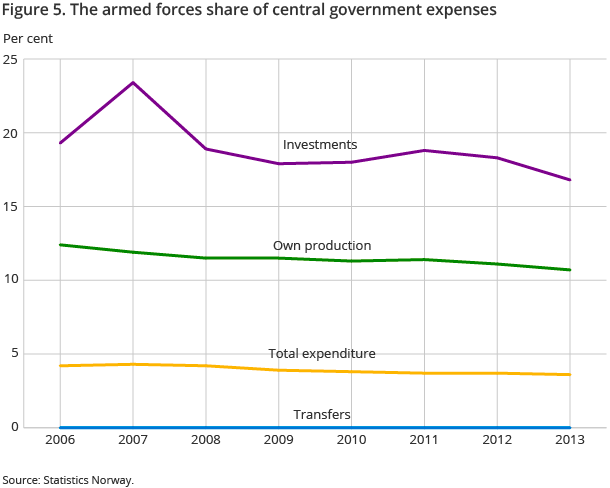 The total level of activity in the armed forces has been relatively stable from 2005 to 2013.

Figures for activity on land show that Army officers spent an average of 15 days on exercise in 2013. This is higher than the average number of exercise days for the whole period. Total service days in the Home Guard were 170 000, and this is the highest number since 2009, but less than half of the number of service days in 2006.

Total flying hours in the Air Force was about 22 000 in 2013, and this is less than in previous years. Flying hours for fighter aircraft is about 22 per cent lower than the average for the period 2005-2012.

In 2013, more than 1 400 personnel participated in operations abroad with a duration of more than 30 days. This is the lowest number in the period 2005-2013 and the decrease is caused by the withdrawal of personnel from Afghanistan.

Total expenditure for the Norwegian Armed Forces was NOK 38.3 billion in 2013. This is about 30 per cent more than in 2006. The increase in central government expenditure in the same period was about 50 per cent. Expenditure for own production was about NOK 30 billion and accounts for 10.7 per cent of central government’s own production. In 2006, this share was 12.4 per cent and it has decreased for most years since then.