Increase in shares and bonds 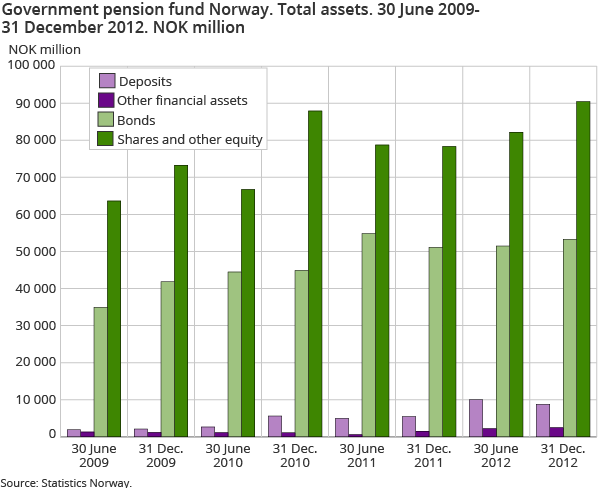 From the end of 2011 to the end of 2012, the gross value of the Fund increased by NOK 18.5 billion, or 13.6 per cent. Much of this growth is due to an increase in the Fund’s received collateral in securities lending agreements. This also accounts for most of the Fund’s total liabilities of NOK 9.8 billion.