Tax revenue has declined, largely due to a sharp reduction in taxes from the petroleum sector. Due to deferred dividend payouts from several companies in the government portfolio, the recorded 2020Q2 revenue from dividends is much lower than usual. Dividends from the Government Pension Fund Global have also declined.

The coronavirus situation has prompted increased social benefits payments, with the sharpest increase recorded in unemployment benefits. The central government response has also increased capital transfers, the strongest driver being the stimulus package provided to oil and gas (see box below). Additionally, the government has approved guarantee schemes for airlines and small and medium-sized enterprises. The projected losses from these schemes are recorded as capital transfers.

Current transfers have increased as a result of compensation payments from the central government to enterprises affected by slower turnover in the wake of the corona outbreak.

The government has increased subsidies as part of its response to the pandemic. In large measure the increase stems from reduced employers’ contributions to the National Insurance Scheme in May and June, recorded as wage subsidies in government finance statistics. Subsidies have also been directed at rail companies and airlines.

The oil and gas stimulus package

The parliament has made temporary amendments to petroleum taxation. The modifications allow the companies to deduct investments from the special tax base, effective immediately. Eligible companies can apply for a refund of their tax-assessed deficits in fiscal years 2020 and 2021. As a result, the revised national budget estimates negative accrued taxes for the fiscal year 2020. These transactions are not recorded as negative taxes, but rather as capital transfers to business. Due to the uncertainty of the final 2020 amount, quarterly figures are preliminary estimates. 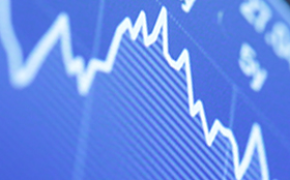