The service industries generated just short of 2.2 million tonnes of waste in 2015. As before, the domestic trade business had the highest share of the waste, with 38 per cent.

The waste amounts from the service industries increased by more than five per cent from 2014 to 2015. Mixed waste is still the largest waste fraction, with 47 per cent of the total waste. 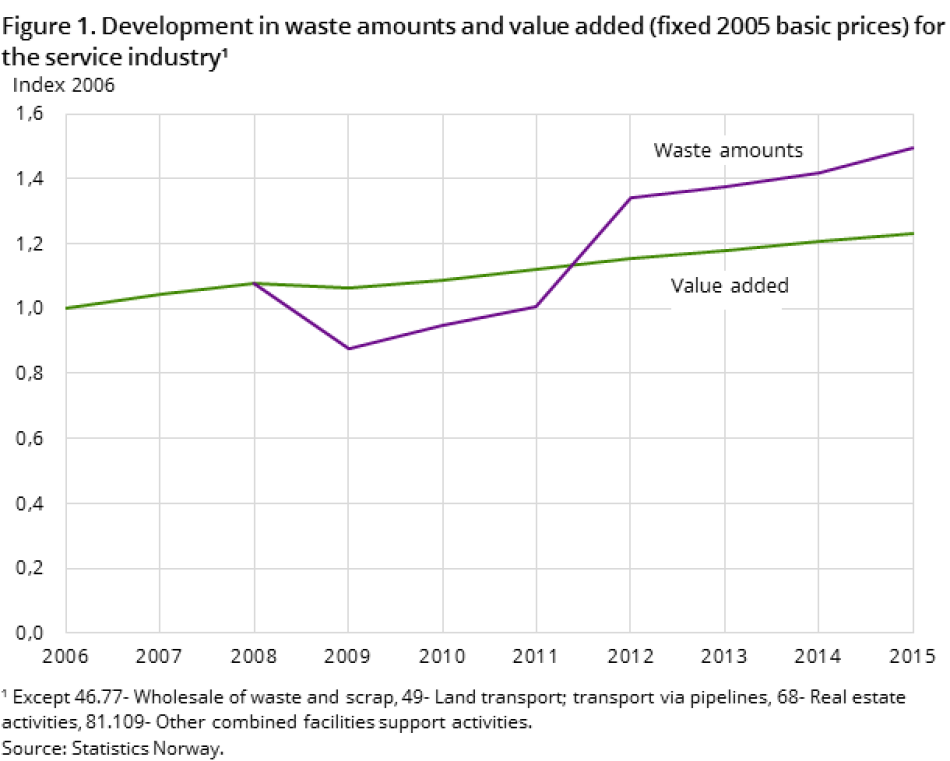 Most waste from the domestic trade business

More than 830 000 tonnes of waste, or 38 per cent, came from the domestic trade business in 2015. Second and third in magnitude are human health and administrative and support service activities, with 11 and 10 per cent of the total waste amounts respectively. 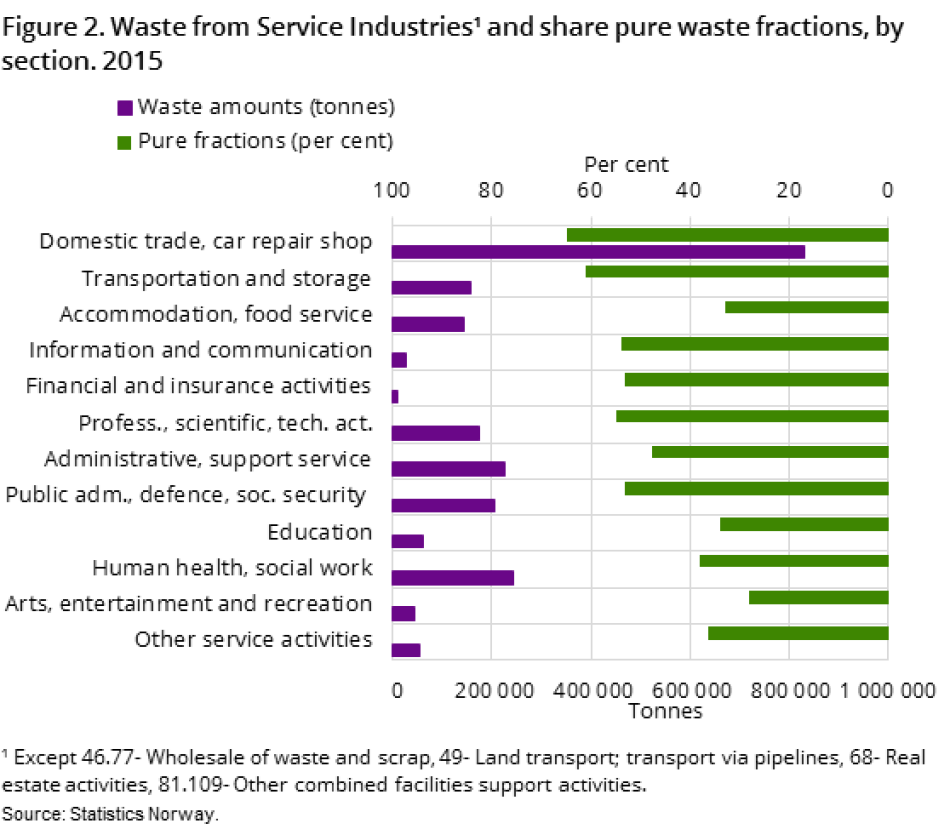 Increase in other materials, decrease in sludge

Several waste fractions increased from 2014 to 2015, including “Other materials”, which covers, for example, bricks, gypsum, ceramics and medical waste. The increase was 107 per cent from 2014 to 2015. The second and third largest increases were for wet organic waste and glass waste. 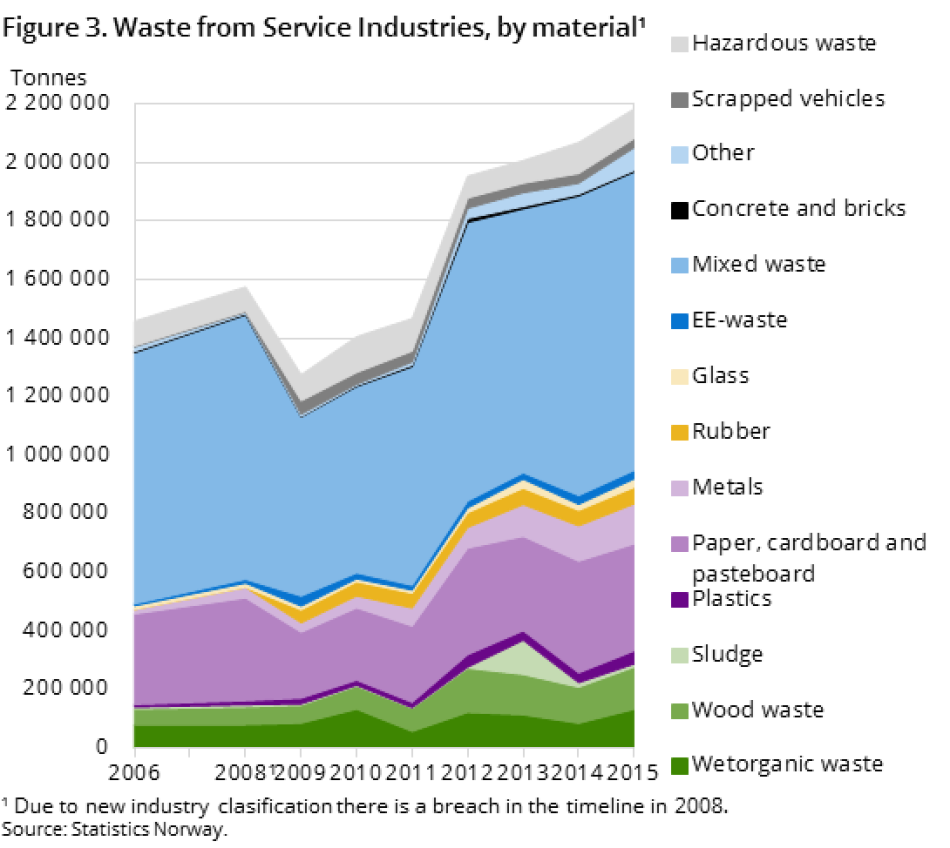 Despite the general increase in waste amounts, some waste fractions have decreased. The largest decreases in terms of percentage were sludge followed by concrete and scrapped vehicles, with a reduction of 31, 18 and 5 per cent respectively. 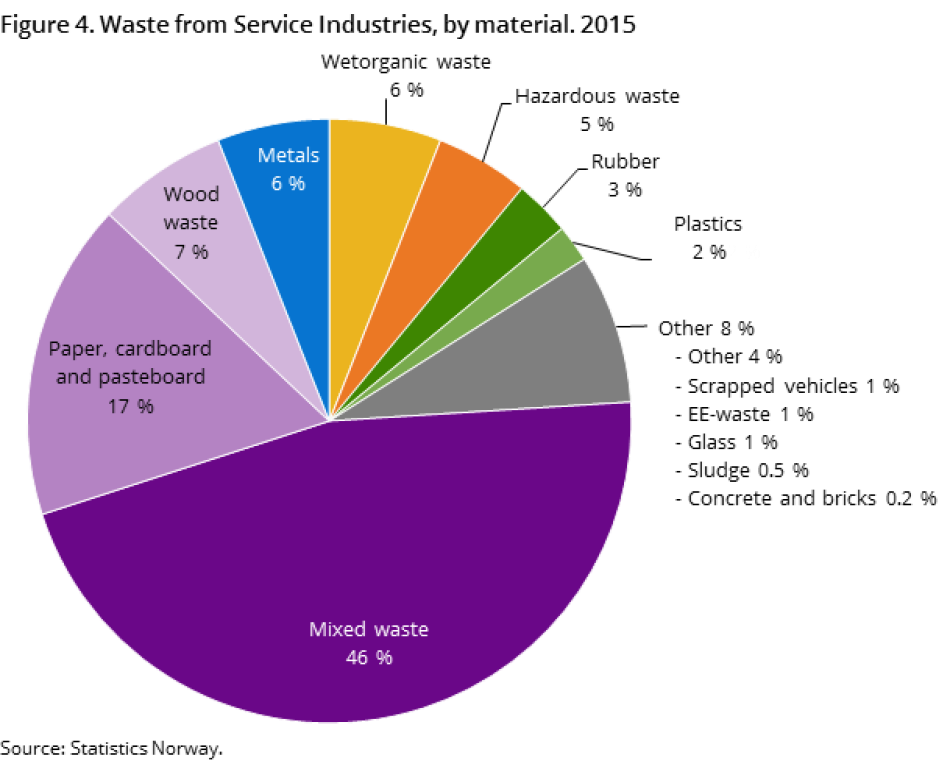 Service industries is a collective term that includes wholesale and retail trade, hotels and restaurants, transport, storage and communication, financial intermediation, real estate, renting and business activities, together with public and personal services. This corresponds to section G-U in the Standard Industrial Classification (SIC2007). For the time being, the statistics cover section G-S, except 46.77- wholesale of waste and scrap, 49- land transport; transport via pipelines, 68- real estate activities.

Uncertainty in the figures