Increase in extraction of natural resources

The economy-wide material flow accounts shows that about 364 million tonnes of natural resources were extracted in Norway in 2015. Extraction and export of fossil fuels dominate, but the extraction of non-metallic ores has increased considerably from 2010 to 2015. 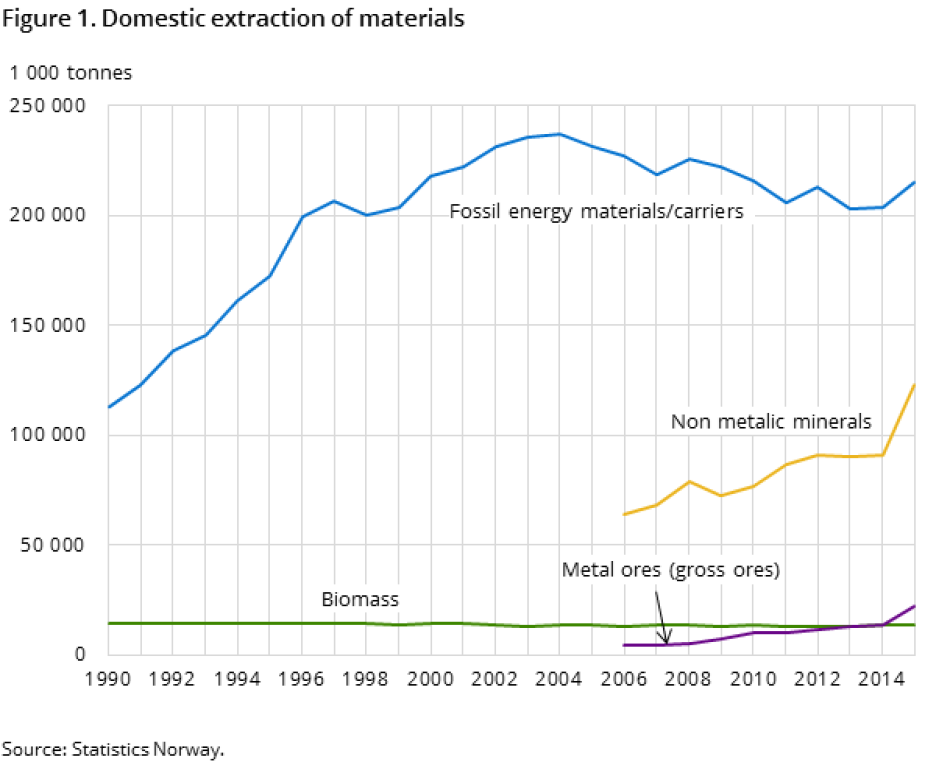 In 2015, about 38 million tonnes of natural resources, other products and waste were imported, while exports of the same materials were 224 million tonnes. Fossil energy materials have clearly the largest share both in domestic extraction of natural resources and exports. The exported goods contain mainly fossil energy materials and carriers, which comprised 76 per cent of the total export. 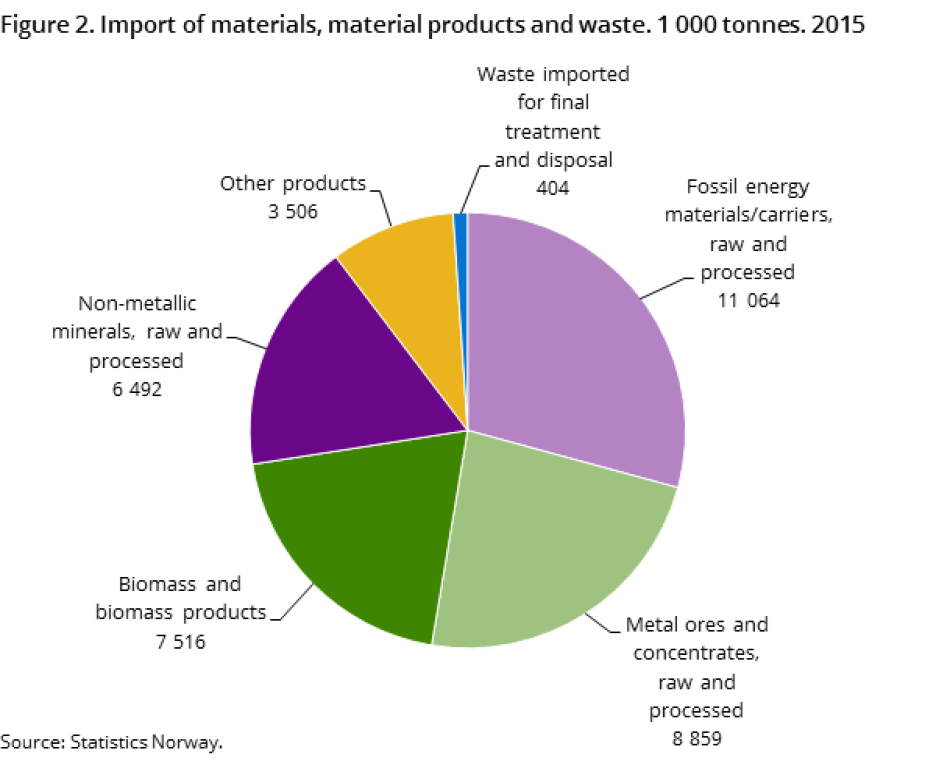 Export of waste for final treatment and disposal increased significantly in the last few years. A likely explanation for this increase can be cheaper waste treatment in other countries. 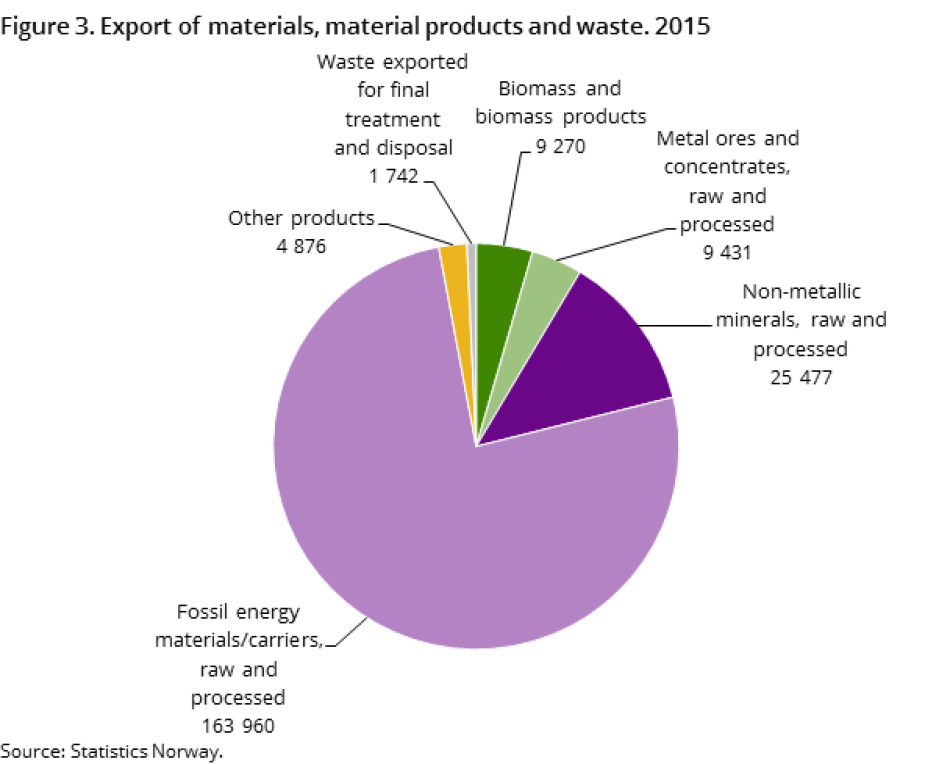 The economy-wide flow accounts are based on instructions in Regulation (EU) No 691/2011 on European Environmental Economic Accounts. Norway has annual reporting obligations under the regulation. 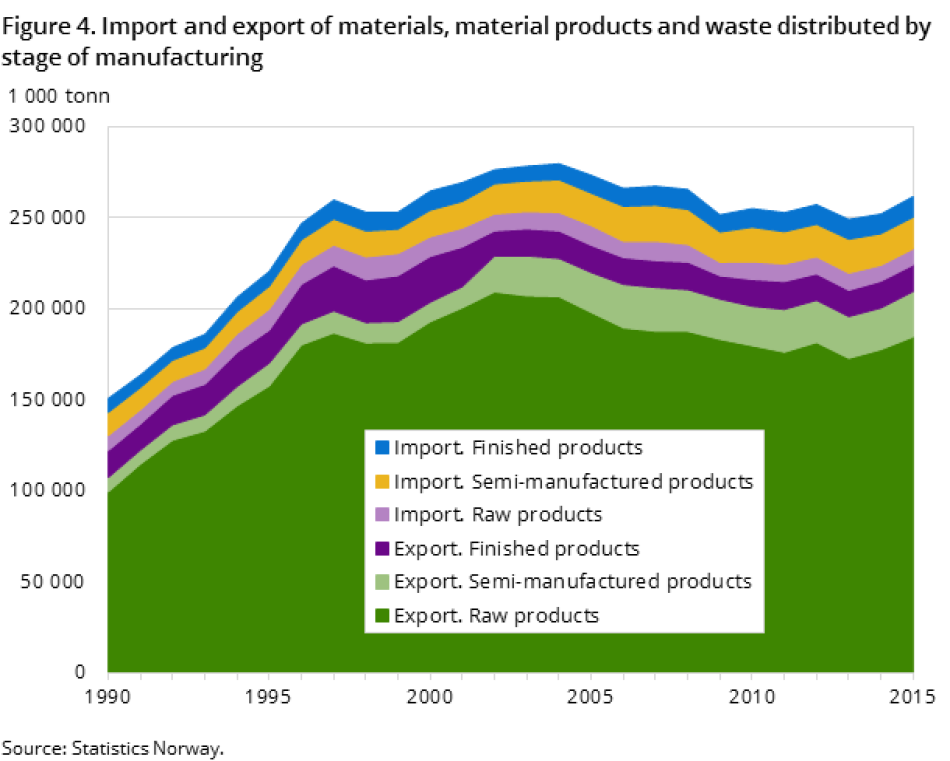