Hazardous waste still on the rise

A total of 1.41 million tonnes of hazardous waste were sent for approved treatment in 2015 – an increase of around 75 per cent compared to 2003. In comparison, gross domestic product (GDP) and the population has only increased by 21 and 14 per cent respectively in the same time period.

Thus, the general trend is that hazardous waste sent to approved treatment is relatively high compared to the growth in the economy and population in general. 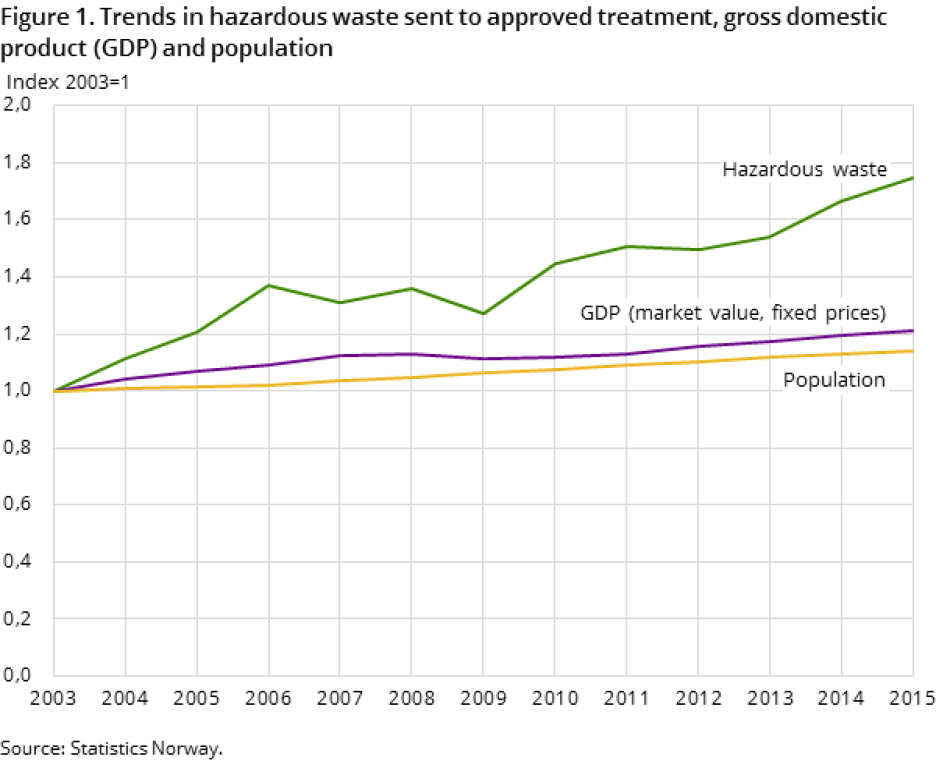 Unknown treatment in 2015 is “unknown”

In addition to the 1.41 million tonnes to approved treatment, there will normally also be some hazardous waste that goes to unknown treatment. However, Statistics Norway has decided not to publish 2015 data yet, as the methodology is under revision and will be updated. 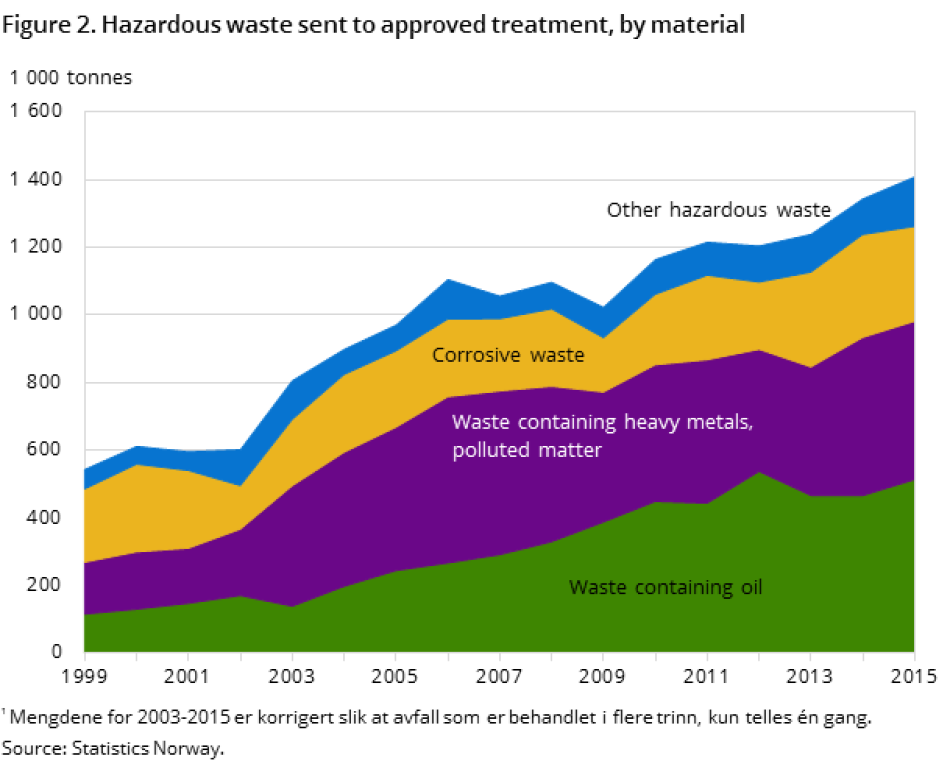 31 per cent to recovery

Around 31 per cent of the approved waste treatment was recovered, i.e. either recycled (14 per cent) or energy recovered (17 per cent). The remaining 69 per cent was disposed of. 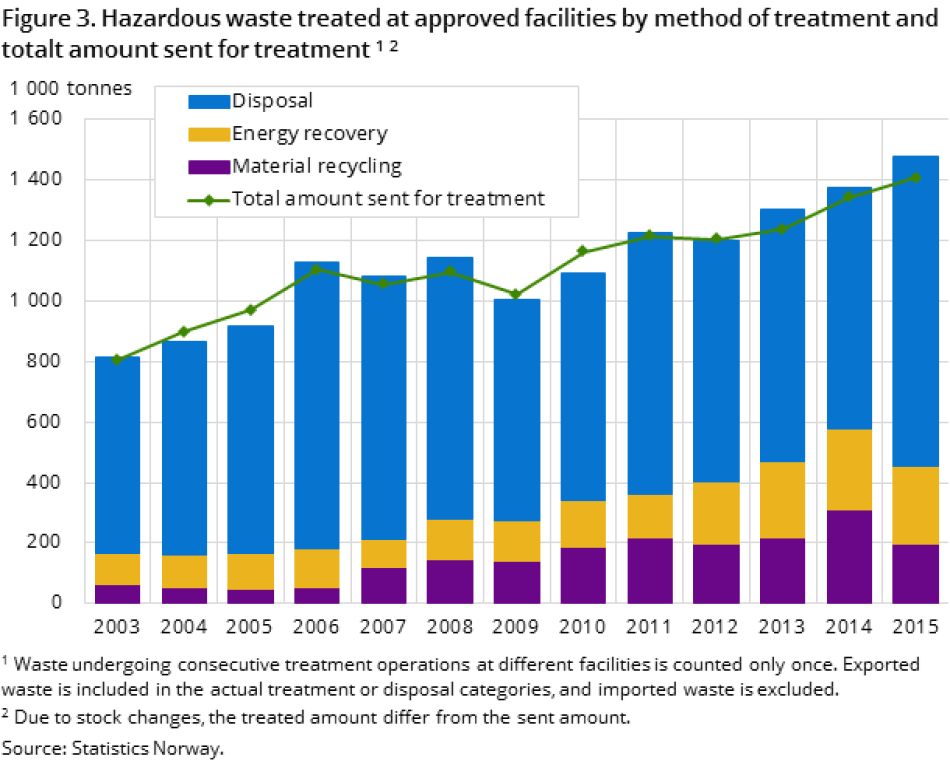 It has been estimated that households accounted for around 47 000 tonnes of hazardous waste sent for approved treatment in 2015 (based on declarations of hazardous waste). On average, this constitutes around 9 kilo per person. Impregnated wood, paint residues and waste oil constitute the main components. 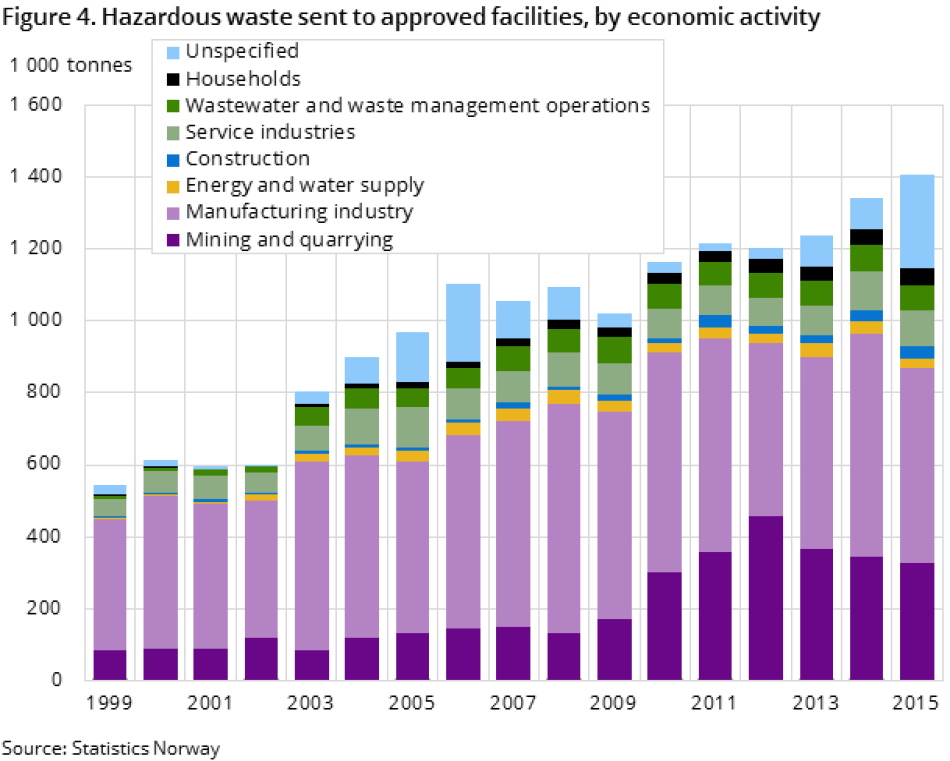 Imports are dominated by waste containing heavy metals destined for landfilling in Norway, but also in part used oil for incineration. Exports, on the other side, are mainly made up of various types of oil-containing hazardous waste, process water and heavy metal-containing waste. Import and export of hazardous waste requires approval from the authorities in order to ensure proper treatment in the receiving country. 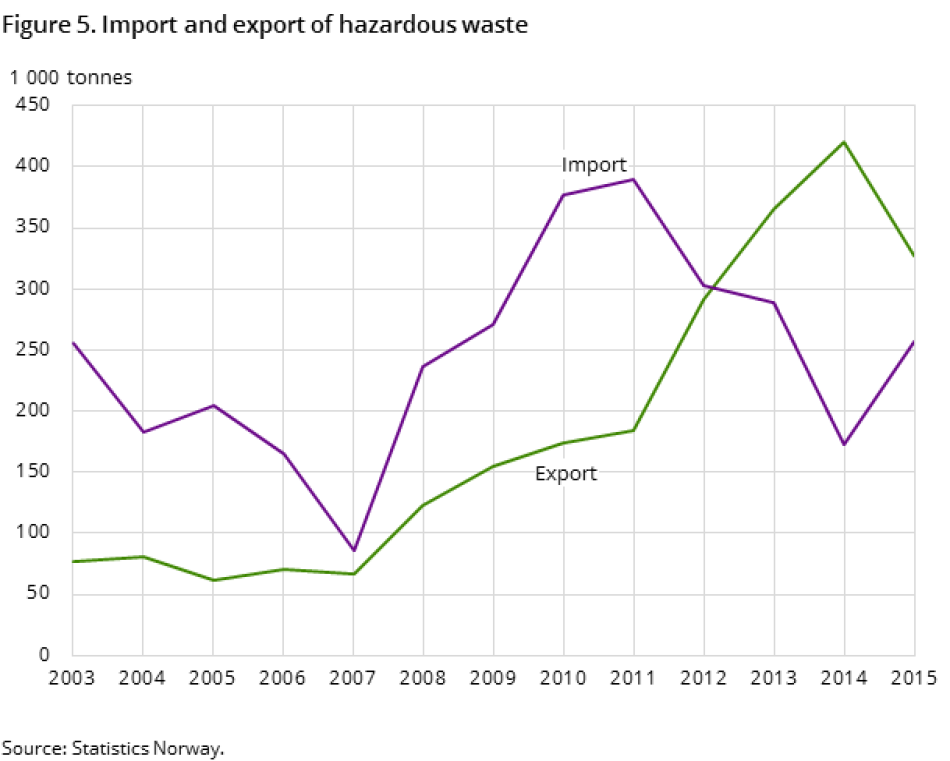