From the summer of 2021, economic activity is expected to increase markedly, as the population is vaccinated and the impact of the pandemic diminishes. We expect a gradual rise in interest rates from mid-2021.

In October, activity in the Norwegian economy was still 1.5 per cent lower than in February. The second round of stringent infection control measures, which were introduced in November, is slowing the further recovery in the economy. Although effective vaccines are set to be distributed in Norway in the near future, it will probably be several months before large parts of the population are vaccinated and infection control measures can be eased.

‘Activity in the Norwegian economy is expected to increase markedly from the summer of 2021. As activity returns to normal, interest rates must also be increased to more normal levels. According to our calculations, Norges Bank will start raising the key policy interest rate gradually next summer to 1.0 per cent before the end of 2023,’ says Thomas von Brasch, a researcher at Statistics Norway.

Anti-virus vaccines have been developed in record time, and several countries have already started vaccinating. However, it will be some time before the full effects of vaccination programmes are felt.

In connection with the second wave of COVID-19, the government has proposed compensation schemes for businesses experiencing a large drop in turnover, compensation for additional expenses and reduced revenues in local authorities, and an expansion of the income guarantee scheme for individuals. The structural non-oil public deficit for 2020 is estimated at NOK 392.5 billion in the new balanced central government budget. This corresponds to around 3.9 per cent of the Government Pension Fund Global’s market value at the start of the year. According to the fiscal rule, the use of oil revenues over time must constitute 3 per cent of the Government Pension Fund Global, but a large emphasis must also be placed on smoothing out fluctuations in the economy to ensure good capacity utilisation and low unemployment. The expansive policy in 2020 is therefore in line with the fiscal rule.

We assume that the structural non-oil public deficit, measured by the structural oil-adjusted deficit as a share of the Government Pension Fund Global, will be reduced to 3 per cent in 2022 and 2023, as activity in the Norwegian economy normalises.

While the consumption of goods has seen strong growth over the past three quarters, consumption of services has shown a much weaker development due to infection control measures. The level of household consumption is therefore still lower than before the outbreak of the virus. Overall, we estimate a fall in consumption of around 8 per cent this year and a savings rate of around 15 per cent. This is the highest annual savings rate that has ever been measured in the income and capital accounts. Going forward, further growth is expected in service consumption. However, it is not until the end of 2021 that total consumption is expected to return to the level before the coronavirus crisis hit the Norwegian economy. Consumption is estimated to grow by around 8 per cent in 2021 and by around 6 per cent in 2022, and subsequently approach a more normal growth rate in 2023.

In 2020, petroleum investments as a whole will fall by around 5 per cent. The oil companies continue to report lower investment activity for next year, but the decline is now much less pronounced than previously reported. This must be viewed in light of the package of tax measures approved by the Storting in June. In addition, all development investments for which development and operation plans were submitted for the period between June this year and 2022 are covered by the same favourable tax rules. In 2023, a significant increase in petroleum investments is expected as a result of new projects with large investments in the second and third years of the development phase. The aggregate demand from mainland petroleum investments is expected to boost growth in mainland Norway’s GDP by 0.3 percentage points in 2023. We assume that oil prices will remain at around USD 50 per barrel in the years ahead.

We estimate that business investment will fall by around 9 per cent this year. Several companies have reduced their investment plans as a result of weak growth prospects and major uncertainty. This primarily applies to manufacturing, but the service industries are also reporting reduced investments next year. Investments in power supply will be reduced in the years ahead as a result of the winding down of the support scheme for the development of renewable energy (green certificates). Overall, however, we expect growth in business investment to remain between 1 and 3 per cent from 2021 to 2023, in line with increased economic activity both internationally and in Norway. With this development, the investment level will be about 3 per cent lower in 2023 than in 2019.

The krone saw a sharp depreciation in the second half of March, but this has partly been reversed. At the start of December, one Euro cost about NOK 10.6, while the dollar was priced at NOK 8.8. We assume that exchange rates will remain at this level throughout the forecast period. The krone in the exchange rate forecasts is just as weak as in the previous economic report.

Underlying inflation will decline next year

Next year, moderate wage growth, increased productivity growth and smaller inflationary impulses from imported products will push growth in the CPI-ATE down to 2.2 per cent. Our calculations show that growth in the CPI will be 2.5 per cent in 2021. While tax changes are expected to reduce CPI growth by around 0.3 percentage points next year, rising energy prices are likely to push up inflation by around 0.6 percentage points. Wage growth will gradually pick up during the projection path, but productivity growth and low imported inflation will dampen the effects of higher wage growth on inflation. Inflation measured by both the CPI and the CPI-ATE is expected to be around 2 per cent in 2023.

Despite a historically strong downturn in the Norwegian economy, house prices rose by 8.3 per cent between March and November. The fact that the key policy interest rate was reduced from 1.5 per cent in March to 0 per cent in May, in combination with the central bank’s signals that interest rates will remain at this low level for some time, is assumed to be part of the reason for the sharp rise in house prices. The record high savings rate and associated liquidity may also have pushed up house price growth in recent months.

We estimate that house prices will rise by 4 per cent as an annual average this year. House price trends are largely determined by developments in income, debt, population, as well as the supply of housing and real interest rates. A moderate increase in mortgage rates in the near future may dampen the house price growth, but household income growth will gradually improve in line with the recovery after the end of the pandemic. We therefore assume an annual increase in house prices of around 3-4 per cent in the years ahead. The growth in real house prices will therefore be positive throughout the forecast period.

According to the Labour Force Survey (LFS), unemployment was 5.2 per cent measured as an average from August to October. Industries that have been directly affected by the infection control measures have experienced the greatest decline in employment, such as the hospitality industry and culture, entertainment and other services. Although unemployment is unlikely to fall sharply in the coming months, we expect the situation in the labour market to improve when economic activity picks up in 2021. According to our calculations, unemployment measured by the LFS will be 4.8 per cent in 2020, and then fall gradually to around 4 per cent in 2022 and 2023. In comparison, unemployment has averaged 3.7 per cent since the start of the century.

As part of the postponed wage settlement, the Confederation of Norwegian Enterprise (NHO) has, in agreement with the Norwegian Confederation of Trade Unions (LO), estimated an annual wage growth for NHO industries as a whole of 1.7 per cent in 2020. The economic crisis has affected some industries more than others, and many of those who have lost their jobs or have been laid off were in low-wage occupations. This will push up the estimated annual wage growth this year. In addition, the underlying wage growth was relatively high in the private sector in both the first quarter and the third quarter. We have therefore adjusted the estimate for annual wage growth in 2020 from 2.0 to 2.4 per cent, but this estimate involves a large degree of uncertainty. By next year, annual wage growth is expected to be 2.1 per cent, but higher inflation is then likely to push down real wages slightly. In 2022 and 2023, real wage growth is expected to be between 1 and 2 per cent.

The Norwegian economy is once again impacted by some sectors of economic activity being shut down or severely reduced. 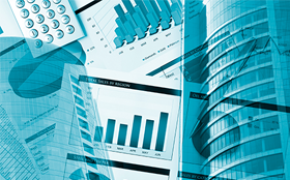 Steady recovery in the Mainland economy continues in October

GDP for mainland Norway increased by 1.2 per cent in October, seasonally adjusted figures show. Adjusted for unusually strong activity in traditional fishing, the growth was closer to 0.9 per cent. Monthly activity in the Mainland economy in October was still 1.5 per cent lower than before the shutdown in March.