The Norwegian economy is in a moderate, broad-based cyclical upturn. According to the preliminary figures in the quarterly national accounts (QNA), mainland GDP growth has been generally higher than trend growth, estimated at just under 2 per cent annually, for more than two years. The upturn appears likely to continue in the current year, driven by high petroleum and manufacturing investment. 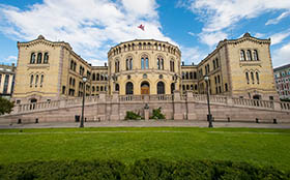