The Norwegian economy is still trying to recover from its most extensive downturn in recent times, but activity is not expected to return to the pre-pandemic level until the end of 2021. We expect a gradual rise in interest rates from 2021.

The outbreak of the coronavirus in Norway and the subsequent widespread closure of businesses saw Norway’s mainland GDP fall by 11 per cent from February to April, according to the monthly national accounts. In May, June and July, activity levels increased markedly and about half of the fall between February and April was recovered in July.

‘The Norwegian economy will continue to catch up as we move forward, but the aftermath of the infection control measures and the downturn in the international economy is likely to mean that the downturn here at home will persist for several years,’ says researcher Thomas von Brasch.

The forecasts take into account that local outbreaks may occur, but that such outbreaks will be limited in scope. It is assumed that there will be no further need to shut down large parts of the economic activity in Norway.

‘There is major uncertainty surrounding the further development, and a new wave of the virus could further dampen the economic activity. However, the outlook could improve if a vaccine becomes available soon,’ von Brasch says.

Assuming there will be no new wave of infections, the forecasts show that the key policy interest rate will be raised gradually from the middle of 2021, before finishing at 0.75 per cent at the end of 2023.

‘Since Norges Bank lowered the interest rate to zero, we have seen strong growth in house prices. This is likely to accelerate the first interest rate hike. Nevertheless, in 2023, we will still be far from what the central bank considers a normal interest rate level,’ von Brasch says.

Following a downturn that is unprecedented in modern times, the economic growth in Norway’s trading partners is about to increase dramatically. Nevertheless, the forecasts show that the recovery will not be strong enough to bring the activity in the forecast period up to the level that would have been characterised as normal before the crisis. However, there is major uncertainty surrounding the further development.

‘A new wave of infections and the absence of a vaccine could halt the recovery and lead to a new downturn. On the other hand, more countries may pursue a more expansive policy than we have assumed in our forecasts,’ says researcher Roger Hammersland.

Household consumption has caught up

‘Further growth is expected in service consumption going forward. However, it is not until the end of 2021 that total consumption is expected to be back at the level before the coronavirus crisis hit the Norwegian economy,’ says Thomas von Brasch.

With the prospect of higher real disposable income, consumption will grow by around 4 per cent as an annual average in 2022 and 2023.

Despite a historic economic downturn, house prices rose 3.3 per cent between March and August. This must be seen in conjunction with the reduction of the key policy interest rate from 1.5 per cent in March to 0 per cent in May, as well as the central bank’s signals that the interest rate will remain at this low level for some time to come.

‘We now estimate that house prices will rise by 3.2 per cent as an annual average this year. Removing the temporary exceptions in the mortgage regulations is likely to curb the growth in house prices going forward,’ von Brasch says.

Developments in income, debt, population, as well as the supply of housing and real interest rates largely determine the development in house prices. Since the development in these fundamental factors seems to be pulling in different directions, it is assumed that house prices will see a moderate rise in the period 2021 to 2023. However, there is great uncertainty surrounding the house price estimate.

The fall in business investment appears to be over

Weak growth prospects and great uncertainty have led many businesses to reduce their investment plans going forward. This primarily applies to manufacturing, but the service industries have also reported reduced investments for the next year.

‘We estimate that business investment as an annual average will fall by around 10 per cent this year. For the period 2021 to 2023, the calculations show that growth will gradually reach around 3 per cent in 2023,’ von Brasch says.

This development will lead to an investment level that is about 5 per cent lower in 2023 compared to 2019.

The oil companies are reporting small nominal changes in investment plans this year. With clear growth in the investment prices, however, we expect a moderate reduction in volume in 2020. In 2021, the investments are expected to fall by around 10 per cent. The decline in field developments must be viewed in conjunction with the fact that several development projects are waiting to be completed. While demand from the mainland petroleum investments helped push up mainland GDP growth by 0.3 percentage points in 2019, it appears that, on average, petroleum investments will pull down growth in mainland GDP by 0.3 percentage points in 2021. The package of measures aimed at the oil industry, including deferred surtax and an increase in the level of tax-free income, means that more development and operation plans are likely to be submitted in 2021 and 2022. This will contribute to a moderate increase in investments in 2022 and strong growth in 2023.

From 10 March to 31 March, the number registered as unemployed (100% unemployed) with NAV, which also includes laid-off workers, increased from around 65 000 to approximately 300 000. Since then, this figure has gradually declined, and on 1 June, the figure was 116 800.

‘We expect the improvement in the labour market to continue as economic activity picks up. According to our calculations, unemployment measured by the Labour Force Survey will be 4.9 per cent in 2020, and then fall gradually to around 4 per cent in 2023,’ von Brasch says.

As part of the postponed wage settlement, the Confederation of Norwegian Enterprise (NHO) has, in agreement with the Norwegian Confederation of Trade Unions (LO), estimated an annual wage growth for NHO industries as a whole of 1.7 per cent in 2020. The economic crisis has affected some industries more than others. Many of those who have lost their jobs or have been laid off were in low-wage occupations, and this will push up the estimated annual wages this year. The calculations show that the growth in average annual wages will be around 2 per cent this year and next year. As inflation is likely to increase next year, real wages are likely to fall. In 2022 and 2023, real wage growth is expected to be in excess of 1 per cent.

The krone has strengthened in recent months, but is still at a weak level. The stronger krone may be due to the improvement in the outlook for the economic situation in Norway over the past few months and the increase in oil prices. The krone depreciated slightly at the start of September, and on 8 September, one Euro cost NOK 10.7, while the US dollar was priced at NOK 9.1. Our forecasts use unchanged exchange rates throughout the forecast period.

Inflation to gradually stabilise at 2 per cent

The fiscal policy has helped ensure that the economic downturn has been short-lived in some parts of the economy. Since June, the government has introduced a number of financial measures, in addition to those proposed in the revised national budget (RNB). These include a green restructuring package, changes to rules relating to lay-offs, as well as support for business owners, study places and inclusion in working life. These measures point towards the structural non-oil public deficit being larger than estimated in the RNB, which was 4.2 per cent of the Government Pension Fund Global’s value at the start of the year.

At the same time, the costs of the existing packages have proven to be lower than expected. The fiscal rule requires that the use of oil revenues over time should constitute 3 per cent of the Government Pension Fund Global, but that great emphasis should be placed on smoothing out fluctuations in the economy to ensure good capacity utilisation and low unemployment. The expansive policy in 2020 is therefore in line with the fiscal rule. We assume that the fiscal rule will be adhered to and that the structural non-oil public deficit, measured by the structural non-oil public deficit as a share of the Government Pension Fund Global, will gradually be reduced to 3 per cent towards 2023, as activity in the Norwegian economy normalises. 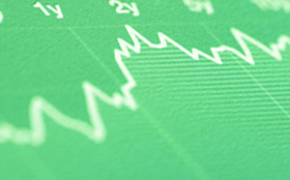 GDP for Mainland-Norway rose 1.1 per cent in July, according to seasonally adjusted national accounts figures. Despite growth over the past three months, activity levels were still 4.7 per cent lower in July than in February.