In 2017, the first-hand value of Norwegian farmed salmon came to NOK 61.4 billion. This is more than double that of five years ago, and up 2 per cent from the previous year.

According to preliminary figures for Aquaculture, the total production of Norwegian farming of fish and shellfish was 1.3 million tonnes in 2017, corresponding to a first-hand value of NOK 64.7 billion. This is a decrease of 3 per cent for sold quantity and an increase of 1 per cent for first-hand value.

Rise in sale prices of salmon

Salmon was the main product both in terms of quantity and value. The first-hand value of farmed salmon was NOK 61.4 billion in 2017. This is 2 per cent higher than the year before, and a new record high for farmed salmon. In the same period, the quantity sold fell 1 per cent, giving a total of 1.22 million tonnes. The average price per kilo for salmon was NOK 50.35, an increase of 3 per cent from the previous year. 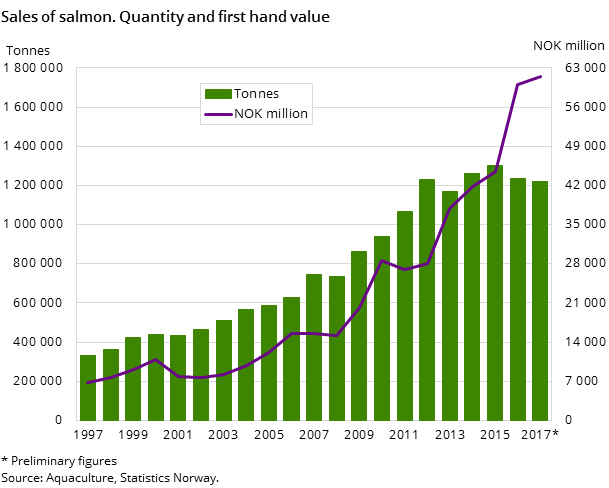 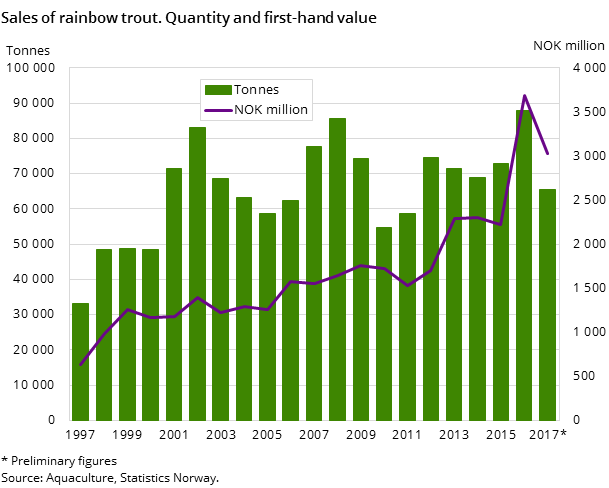 Shellfish and other species worth NOK 261 million

Shellfish and species other than salmon and trout account for a small part of Norwegian fish farming. Of these species, 5 100 tonnes worth NOK 261 million was produced in 2017. In this group of species, shellfish accounted for 47 per cent of produced quantity and 12 per cent of first-hand value. 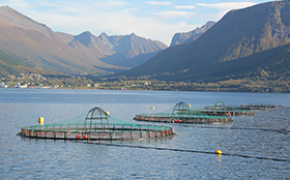