One third of agricultural area sprayed 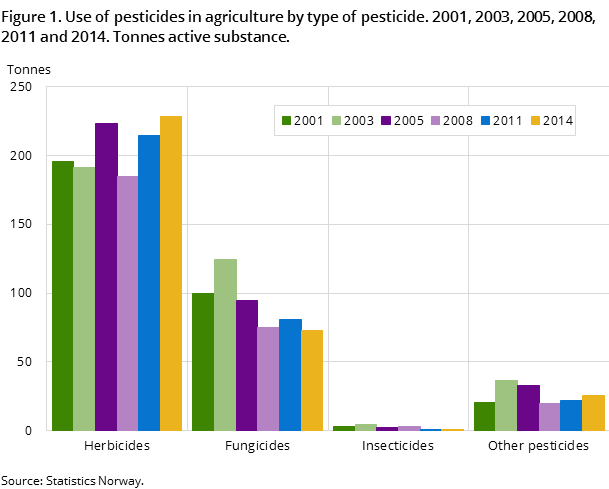 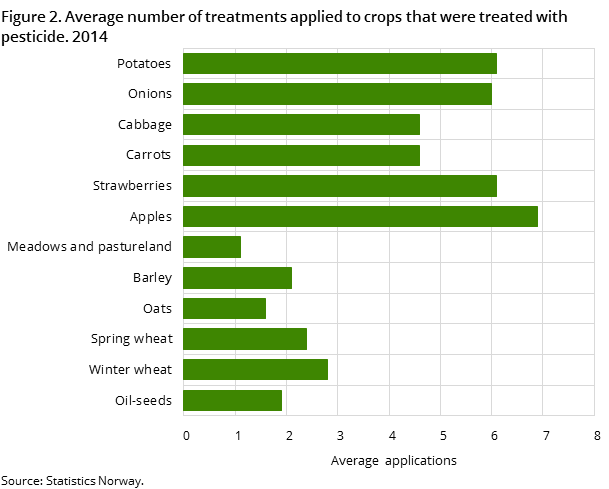 From 2011 to 2014, the total quantity of herbicides increased by 6 per cent, mainly due to an increase in the use of glyphosate agents, which are commonly used in the treatment of troublesome rootstock weeds, such as couch grass. The total quantity of fungicides and insecticides decreased by 10 per cent and 5 per cent respectively.

The pressure from pests (weeds, fungi and insects) differs between crops. Weather conditions will also significantly affect the use of pesticides. The number of yearly treatments in most of the crops investigated decreased or were unchanged from 2011 to 2014. The average number of treatments varied between 1.1 times in meadows and pastureland to 6.9 times in apples.