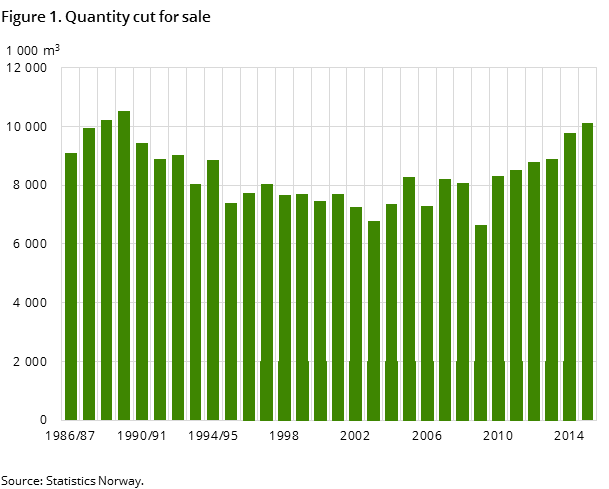 Forest owners obtained an average price of NOK 339 per cubic metre roundwood sold in 2015, compared with NOK 349 in 2014. The aggregated gross value of roundwood sold to the manufacturing industry in 2015 amounted to NOK 3.4 billion. This is about the same level as in 2014. 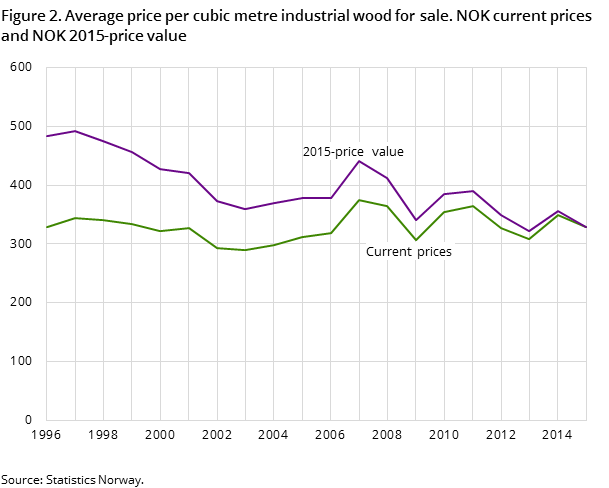 The major part was spruce

In 2015, spruce made up three quarters of the total removals and pine constituted one quarter. The volume of broad leaved was less than 1 per cent.

40 per cent were exported

External trade figures show that 4.0 million cubic metres of timber were exported in 2015, which is 40 per cent of all timber cut for sale in this period.

In addition to timber sold for industrial purposes, it is estimated that 2 million cubic metres of Norwegian roundwood were used for fuel purposes in 2015. This is 200 000 cubic metres more than in 2014.