In 2016, the total assessed taxes amounted to NOK 469 billion for residents aged 17 and older, according to new figures in Tax statistics for personal tax payers. This was an increase of less than one per cent from 2015.

The average assessed taxes for residents aged 17 and older was NOK 125 600 in 2016. This is slightly less than the previous year, according to Tax statistics for personal tax payers

2016 is the first year with bracket tax, which replaces surtax on high incomes. The bracket tax is comprised by four brackets, and its introduction is in relation to the lowering of tax on ordinary income from 27 to 25 per cent between 2015 and 2016.

Personal income from wages and salaries saw an increase of 1,8 per cent average and pensions 4 per cent. As a consequence of lower interest rates on bank deposits, the average interest received was reduced by a third to NOK 2 800 in 2016. The debt of Norwegian residents increased by 4,2 per cent in 2016, and the total debt reached NOK 3 200 billion by the end of the year. 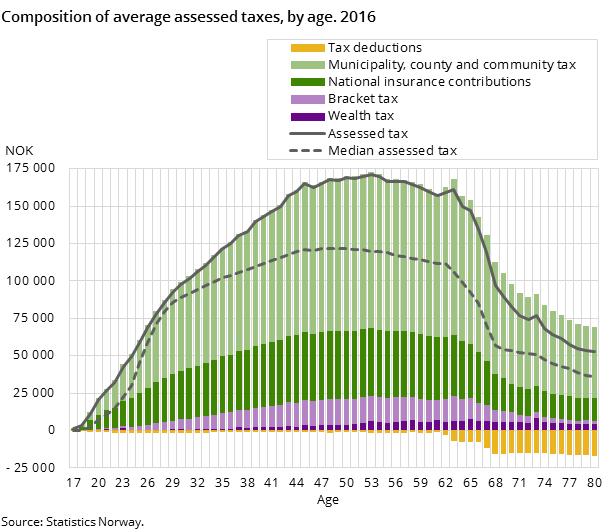