This statistics has been discontinued. Consult the statistics Specialist health service. 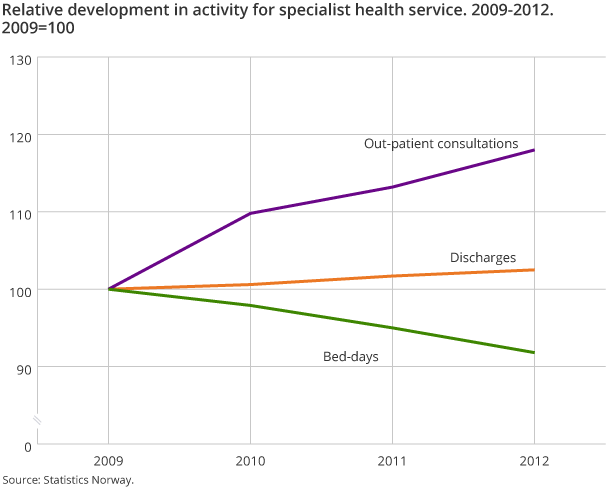 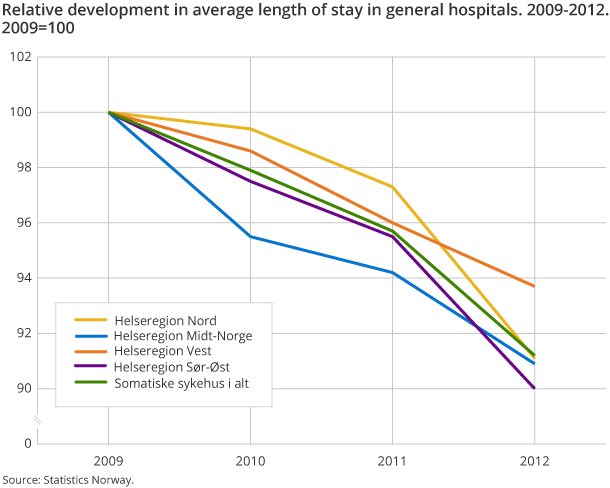 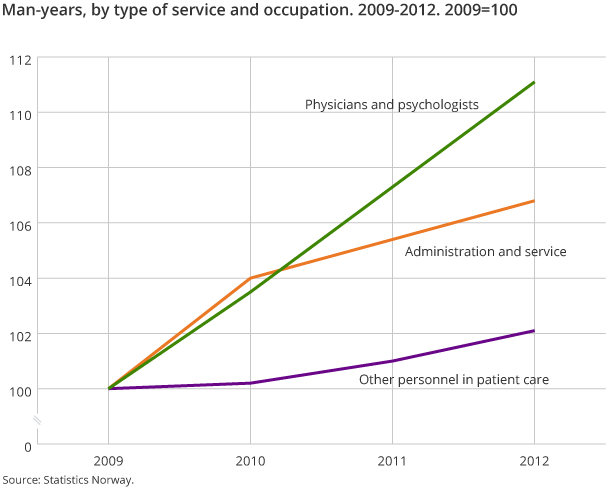 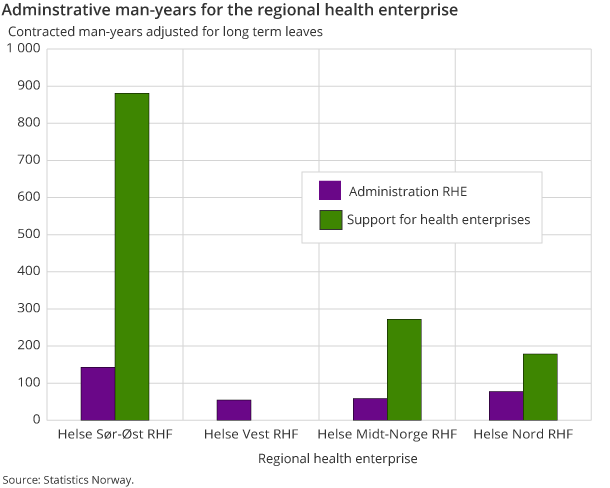 Stable use of private health care

At the same time, the state-owned health enterprises accounted for 89 per cent of the contracted man-years, which form the basis of StatRes. With regard to treatment and activity, the state-owned specialised health enterprises account for a higher proportion of out-patient than in-patient treatment. Many private institutions offer long-term in-patient rehabilitation and specific substance abuse treatment.

Man-years for professionals increases most

The increase in out-patient activity has been strong in recent years, requiring several man-years of physicians, psychologists and other specialists. The relative change in man-years shows a greater increase of these professionals in comparison with other groups of staff. Man-years for physicians and psychologists have increased more than 10 per cent since 2009, while other health professionals in patient care have increased by about 2 per cent.