Deaths from COPD continue to increase 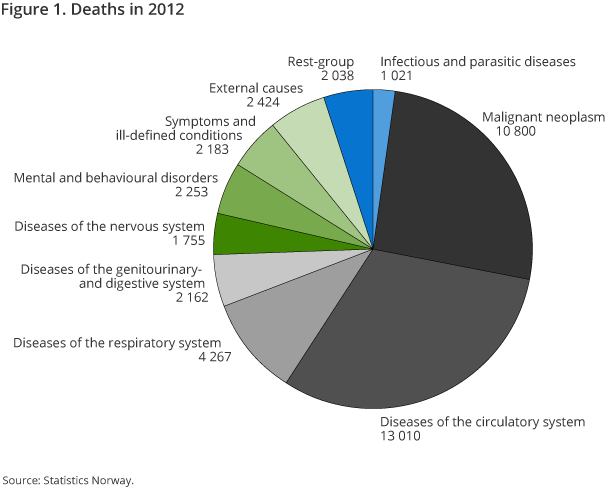 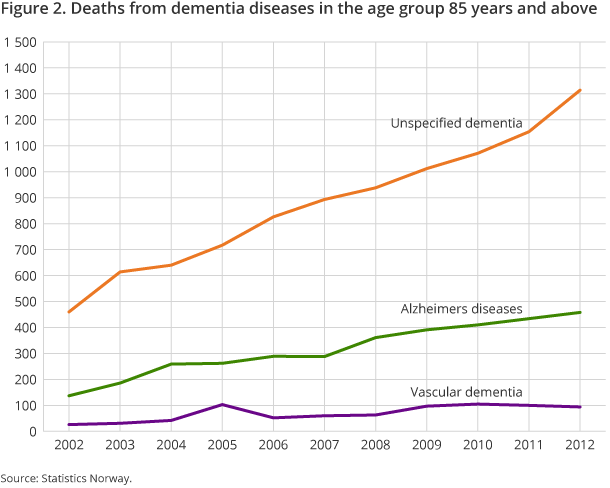 Increasing number of deaths caused by dementia in 2012

In 2012, 2 750 persons died due to dementia, including Alzheimer’s disease, vascular dementia and unspecified dementia. Of these, 800 were men and 1 950 women. Figures from last year show an increasing number of deaths caused by dementia. The increase is especially strong among the over 85s. Near 70 per cent of all deaths caused by dementia were among persons over 85 years. Two out of three deaths were women.

A total of 3 000 autopsies were conducted in 2012, of which 1 500 were in hospitals and 1 500 were forensic autopsies. Two out of three autopsies are performed on men.

Deaths caused by transport accidents have declined from 1988 to 2012. This is particularly the case for traffic accidents, which show a decline from 18 to 8 deaths per 100 000 inhabitants. The total number of deaths due to a transport accident was 184 in 2012; 138 men and 46 women. In total, there were 2 400 deaths from external causes, including accidents, suicides and homicides.

Based on Commission Regulation (EU) No328/2011, Norwegian laws have been changed, and statistics on causes of death for non-residents that died in Norway have been published for the first time in Norway; see The Norwegian Institute of Public Health. The figures are prepared in cooperation with Statistics Norway.

Rates in the articleOpen and readClose