The balance sheet for Government Pension Fund Norway shows an increase of almost 7 per cent in the fund’s net assets. 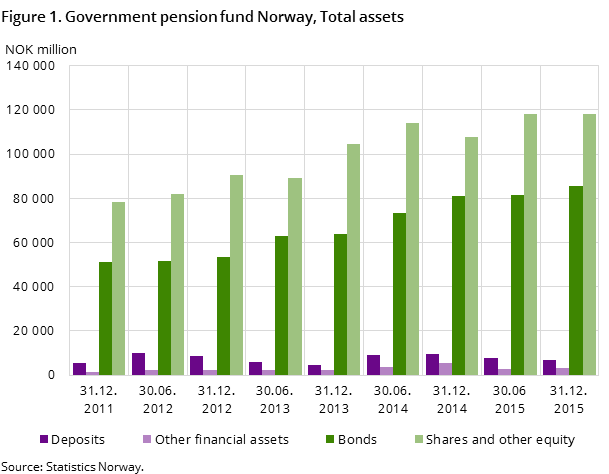 These statistics were originally published to offer the public access to short-term statistics that show the development of the Government pension fund - Norway's financial position at the end of June and end of December each year. Quarterly figures are now available from Folketrygdfondet, so Statistics Norway will no longer publish figures.

Through the Government Pension Fund Act, the Storting has made the Ministry of Finance responsible for the management of the Government Pension Fund Norway (GPFN). Operational management of the Fund is carried out by Folketrygdfondet. The capital base of the GPFN originates primarily from surpluses in the national insurance scheme between the introduction of the national insurance scheme in 1967 and the late 1970s. The objective for the management of the Fund is to maximise financial returns measured in Norwegian kroner, given a moderate level of risk. The main part of the assets of the GPFN is invested in the Norwegian equity and fixed income markets.