The statistics is published with  Energy account and energy balance.

Total domestic use of natural gas in Norway was 5 688 million Sm 3 in 2013. A total of 4 176 million Sm 3 was used by crude petroleum and natural gas production industries, primarily offshore. This is a 2 per cent decrease from the previous year. 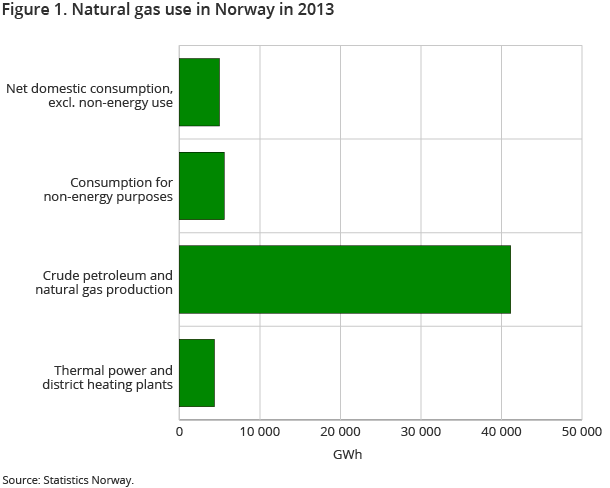 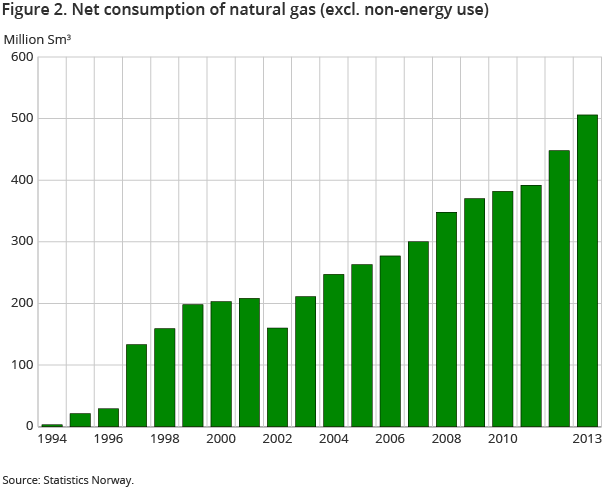 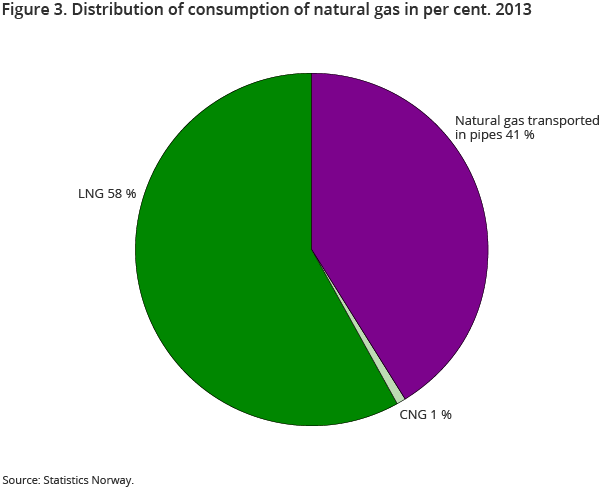 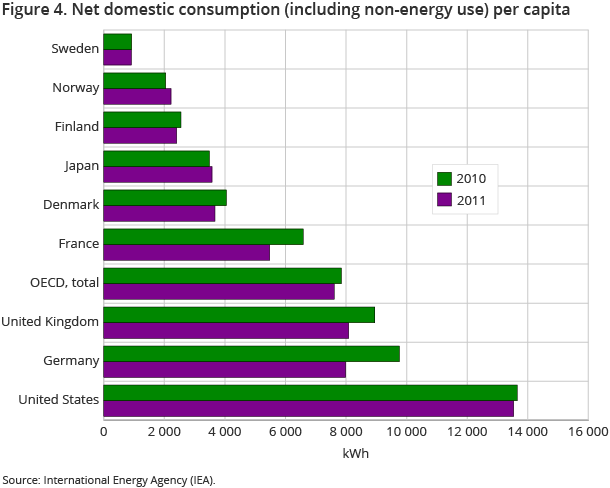 A total of 113 billion Sm3 of natural gas was produced in 2013; a 5 per cent decrease from the previous year. More than 95 per cent of the production was exported.

Use of natural gas for power production and district heating was 441 million Sm 3 in 2013. This is a decrease of 10 per cent from the year before.

Net domestic consumption of natural gas was 506 Sm 3 in 2013, excluding natural gas used for non-energy purposes. This is a 13 per cent increase from the year before.

In manufacturing industries and mining the consumption of natural gas was 334 million Sm 3 in 2013.

Domestic consumption in Norway compared to other countries

Figures from the International Energy Agency (IEA) show that net domestic consumption of natural gas in Norway, including natural gas used for non-energy purposes, is relatively low compared to other countries. While the average for OECD countries was 7607 kWh per capita in 2011, the corresponding figure for Norway was 2221 kWh per capita.

The statistics do not include LPG («Liquefied Petroleum Gases»). The latest year consist of preliminary figures.