Energy use in 2013, excluding energy used as raw materials, was around 215 TWh, which represents a decrease of 1.7 per cent from the year before. Consumption of biofuels, oil products and electricity decreased from the previous year, according to preliminary figures, while the use of gas and district heating increased. 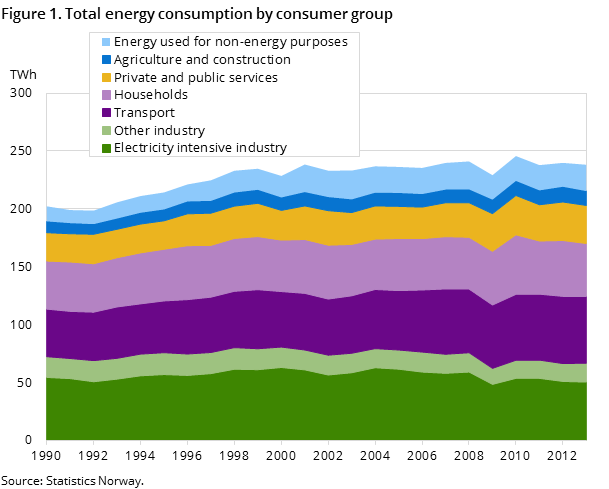 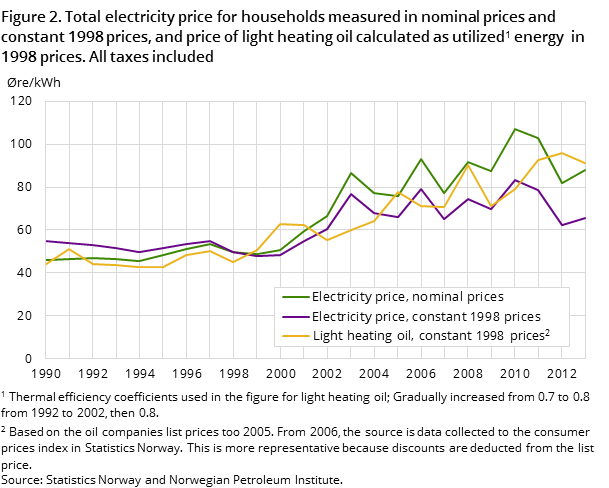 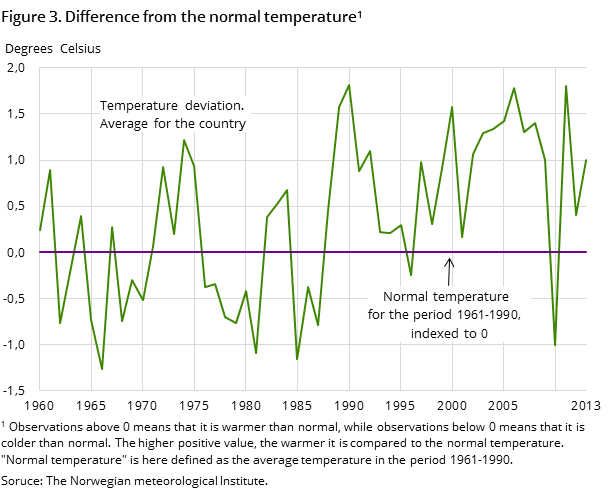 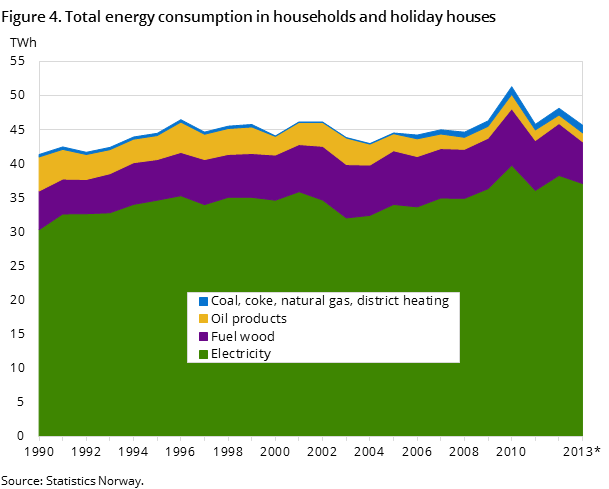 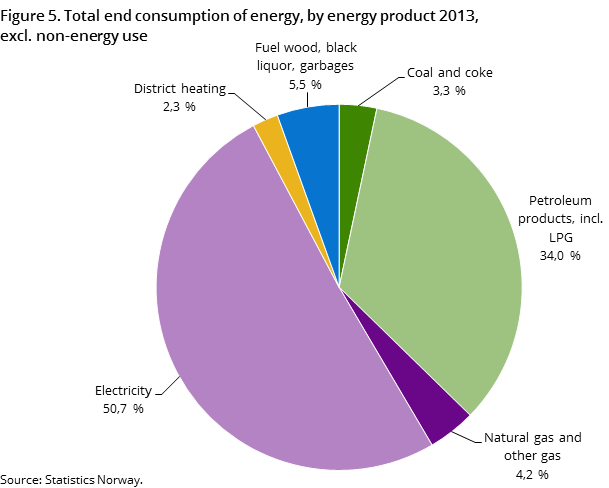 Energy used as raw materials rose by about 10 per cent from the year before, and if this consumption is included in the total energy consumption, the decline in total consumption from the previous year is 0.7 per cent.

Sharp decline for manufacture of paper and paper products

Manufacturing industries account for about 30 per cent of energy use domestically. Furthermore, the electricity intensive industry accounts for about three-quarters of this. In 2013, total industry consumption (excluding coal mining and refineries) increased by 0.5 per cent from the year before. It was especially the use of natural gas and other gases that increased. This rose by 6 and 11 per cent respectively. The development in energy consumption varied for different industries; energy consumption in the production of chemical raw materials and manufacturing other than electricity intensive industries increased, while energy consumption in manufacture of paper and paper products fell sharply, by more than 13 per cent from the year before. This was due to lower production as a result of many closures in this industry.

Less energy to coastal transport, more to other transport

Less use of biodiesel, but more electric cars

About three-quarters of the energy use in transport is road transportation, and most of this consumption is based on fossil fuels. In Norway, the oil companies have to ensure that biofuels make up 3.5 per cent of their fuel sales to road transport. In addition, Norway has an aim, through the Renewables Directive , that the share of renewable energy to transport increases to 10 per cent in 2020. In 2013, however, the consumption of biodiesel decreased by 5 per cent from the year before, despite a 4 per cent increase in diesel consumption for road transport. This meant that the share of biodiesel in diesel fell slightly from the previous year, from around 5.1 to 4.7 per cent. This decrease was partially offset by the fact that more bioethanol was sold, despite a 7 per cent fall in gasoline consumption. Altogether, the share of biofuels in road transport was almost 4 per cent in 2013, compared with 4.1 per cent the year before.

In 2013, however, the electric car stock more than doubled, rising from around 8 000 electric cars in 2012 to nearly 18 000 by the end of 2013, which corresponds to approximately 0.7 per cent of the fleet. With a consumption of about 0.2 kWh/km and an average mileage of approximately 7 000 km per year, the estimated electricity consumption for these cars is about 25 GWh in a year.

Lower use of biofuels

Consumption of biomass and biofuels went down about 13 per cent from 2012 to 2013. This is partly due to the closures in the paper and paper product industry, which is the largest consumer of biofuels among manufacturing industries. In manufacturing of paper and paper products, the consumption of biofuels dropped by 13 per cent from the year before. In addition, fuel wood consumption in households fell by 20 per cent from the previous year. This could be due to the somewhat warmer weather in 2013 than in 2012. The 3 per cent decline in the use of biofuels in transport from the year before also had a certain significance for the development of total biomass/biofuels.

Increased use of district heating