The total energy consumption in Norway made up 217 TWh in 2013, which is about the same level as the previous year. 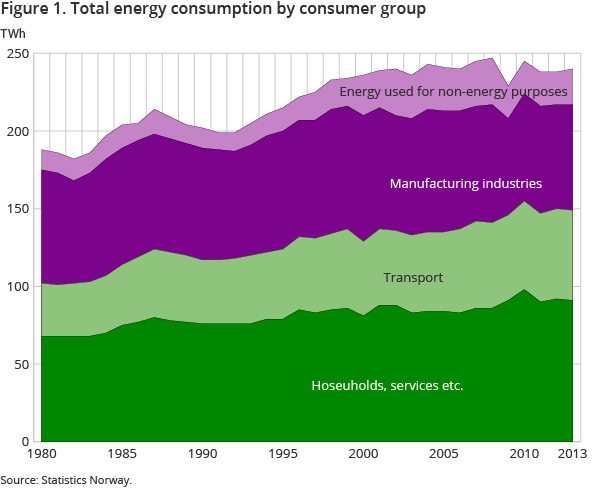 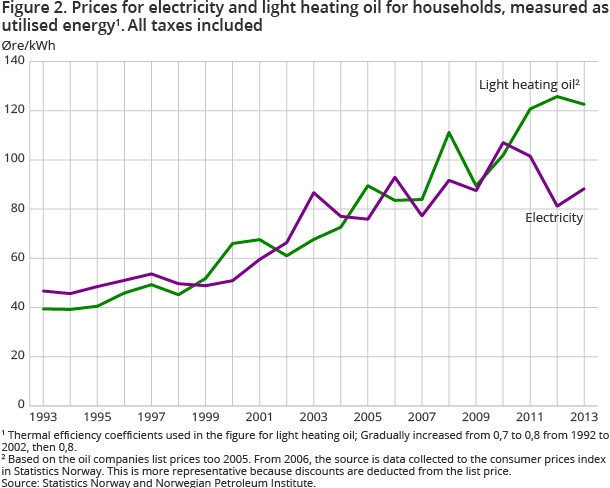 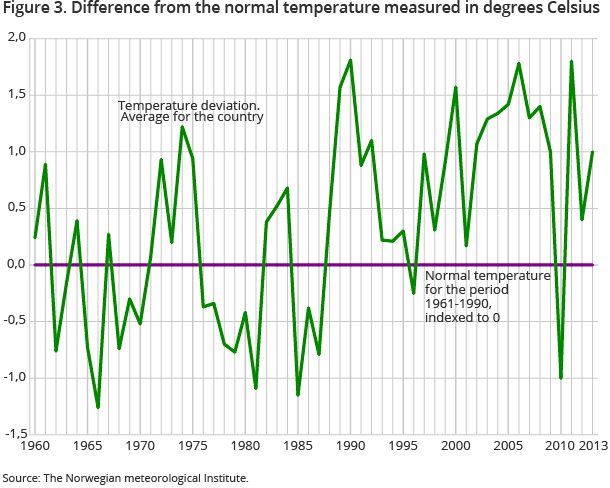 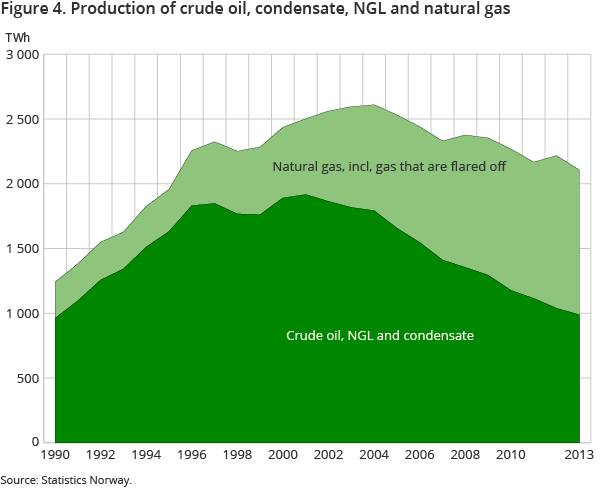 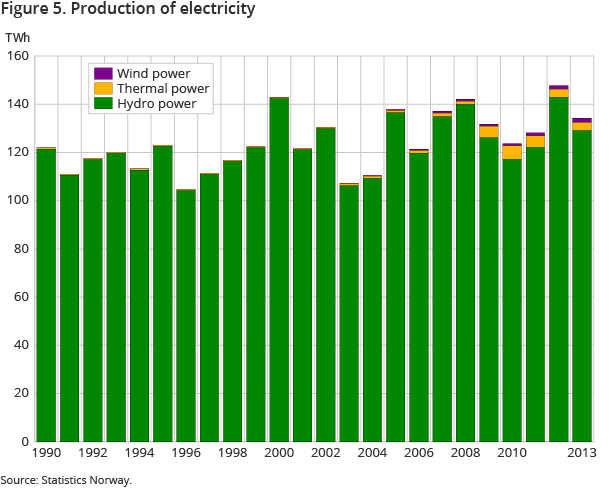 The total energy consumption in Norway has remained relatively stable since the turn of the century, except from a significant decline in 2009 due to the financial crisis this year. The flat trend, despite the growth in population and economy of Norway, can be seen in connection with the downward trend for the industry the recent years. This applies particularly to the power intensive industries , which account for nearly a quarter of the energy consumption in Norway; several companies are closed down due to lower profitability. In other consumer groups, it has been an increase in energy consumption.

In addition to energy consumption of 217 TWh in 2013, it was also spent about 23 TWh of energy (petroleum coke , LPG and natural gas) as raw materials. If this is included, the energy consumption in 2013 increased almost 1 per cent from the previous year.

Half of the energy consumption is electricity

Electricity is our most important energy product in Norway and accounts for about 50 per cent of our total energy consumption, when energy used as raw materials and energy producing industries not are included in the total. Consumption of electricity rose by 0.5 per cent from the previous year. It was also an increase in use of natural gas by around 13 per cent from 2012 to 2013, while consumption of petroleum products dropped by 0.7 per cent from the previous year. There was also a decline in the use of biomass.

Increased consumption in industry and transport

Preliminary figures show a slight increase in energy consumption in industry at around 1 per cent in 2013. In particular, the use of natural gas and coal rose, while the use of electricity was almost the same as in 2012. Energy use for transport rose by approximately 0.5 per cent from the previous year. As in recent years, it was also in 2013 a decrease in the use of gasoline, while diesel consumption increased.

- but lower consumption of other consumer groups

Norway has, like the EU, implemented the EU renewable energy directive. The purpose of this directive is to increase the share of renewable energy in the EU as a whole to 20 per cent in 2020 (up from 8.7 per cent in 2005). The countries have individual targets and for Norway the target is 67.5 per cent. There is also a separate transport target that all countries have to fulfil; 10 per cent of the energy used in transport has to be renewable by 2020. Results for 2013 are not yet ready, but for 2012 Norway had a renewable share of 64.5 per cent, which is about the same level as the previous year.

It is important to note that new rules applicable from 2011 imply a lower renewable share than would have been otherwise. If use of biofuels should be credited as renewable energy, it is required to document that the biofuels meet the sustainability criteria. These criteria were implemented late in the Norwegian legislation and are not applicable before January 2014. Norway will thus not have this documentation for years prior to 2014. Assuming that all biofuel for 2012 meets these requirements, the overall renewable share would be 65 per cent while the share for transportation would be 4,6 per cent for 2012. Now we get a drastic drop in the share of renewable energy for transport, from 4 per cent in 2010 to 1.5 per cent in 2012, without this documentation.

For transport the use of biofuels and the use of electricity, particularly in electric vehicles, are the most important means for increasing the renewable shares in transport. For 2013 sales of biofuels went down 7 per cent from the previous year, but the number of electric cars was more than doubled; At the end of 2013, nearly 18,000 electric cars were registered, which is more than doubled from 2012. In addition, there were around 2,500 electric -powered motorcycles and mopeds.