Energy consumption up in 2012

Energy consumption in Norway rose by 3 per cent from 2011 to 2012, reaching 220 TWh; the second highest energy consumption ever. The increase reflects the fact that it was colder in 2012 than the year before. 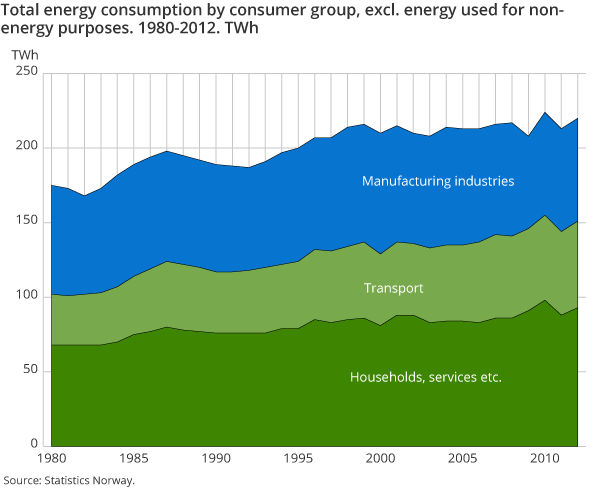 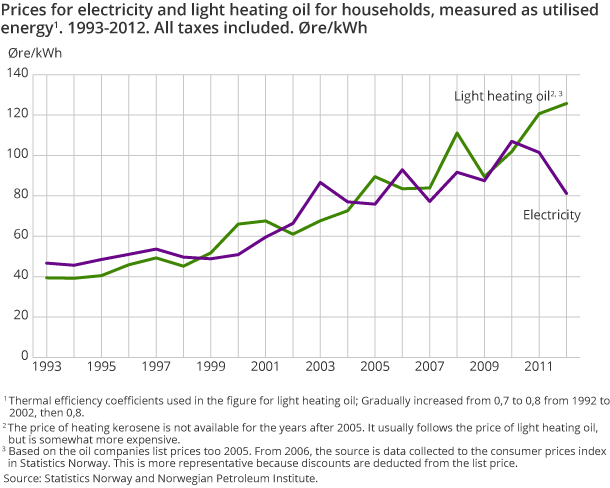 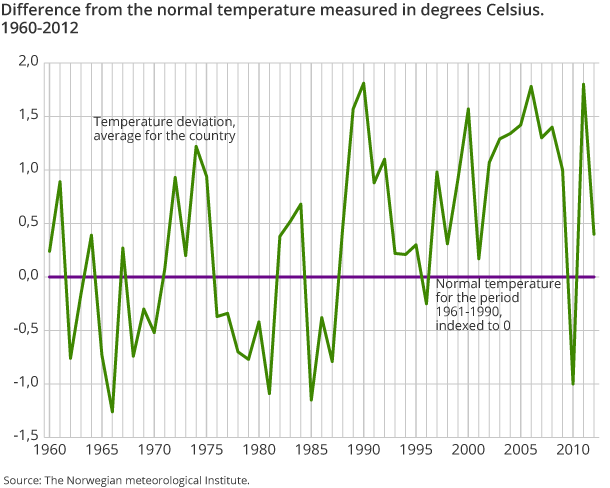 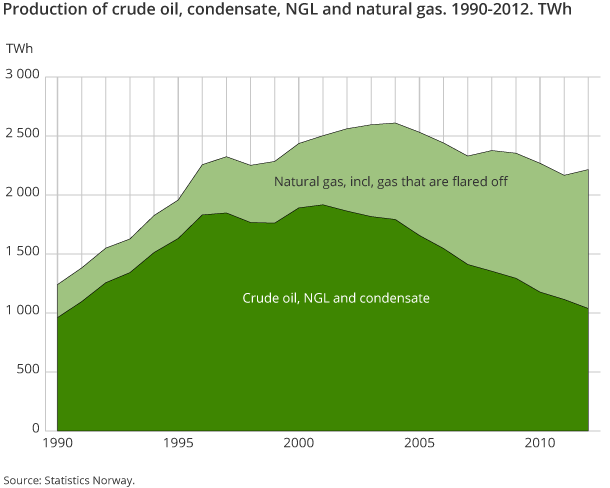 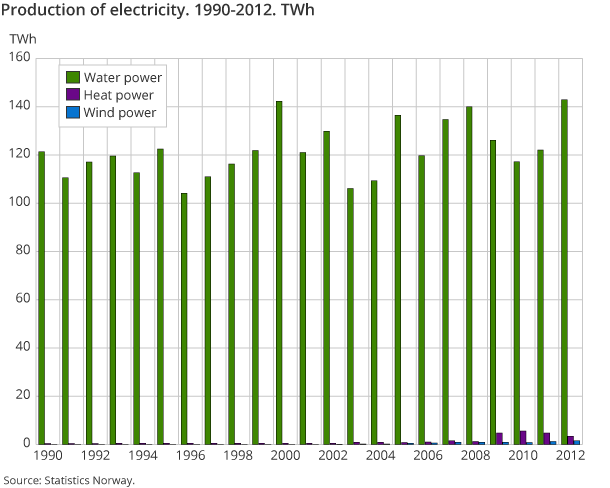 Energy consumption increased the most within the household and service sector, with a 6 per cent rise from 2011. A high share of this group’s energy consumption goes towards heating, and temperatures therefore have a significant effect on energy use in this group. For 2012 as a whole, the temperature was 0.4 degrees higher than the normal temperature, compared to 1.8 degrees above normal in 2011.

In 2012, energy consumption for transport purposes rose by 2 per cent from the year before. Petroleum products such as diesel, gasoline and marine gas oils are the most important energy products used in transportation. However, there was a large increase in the use of natural gas and biofuels for transport in 2012. Sale of biofuels, i.e. biodiesel and bioethanol, rose by about 15 per cent from the previous year, reaching around 180 million litres. This represents about 2.5 per cent of total energy use for transportation purposes.

Preliminary figures show that Norway's renewable energy share in 2011 was 65 per cent; two percentage points from the target of 67 per cent by 2020. This is a significant increase from 2010, when the renewable share was 61.4 per cent. The increase in 2011 reflects the fact that it was a warm year and that energy use dropped. This made the denominator in the renewable share decrease, while the numerator remained at about the same level. The same happened in 2009, when energy consumption dropped due the financial crisis, and the renewable proportion reached 65 per cent. The renewable share in transportation in 2011 reached 4.1 per cent, which was about 6 percentage points from the target for 2020.

The EU's Renewable Energy Directive came into force inNorwayin 2012, with the goal of a 67.5 per cent renewable energy share for 2020. This is 7.5 percentage points higher than in 2005, when the proportion was about 60 per cent. The Renewable Energy Directive also includes a transport target, which is 10 per cent renewable energy in transport by 2020.Norway's renewable share is calculated based on figures from the energy balance