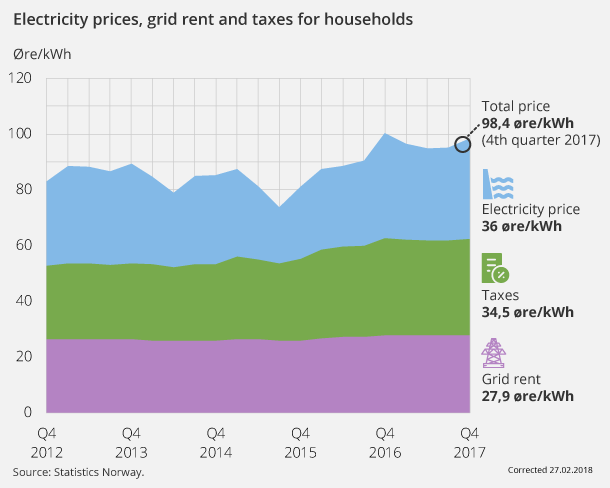 For service industries, the price excluding grid rent and taxes increased by 5.5 per cent to 30.8 øre per kWh in 2017. For manufacturing excluding power-intensive manufacturing, the elspot price amounted to 30.2 øre per Kwh. This is 5.2 per cent higher than in 2016.

Much of the electricity sold to power-intensive manufacturing is sold through fixed-price contracts. The average price of electricity excluding taxes and grid rent was 29.5 per cent, a 3 per cent decrease compared to 2016.