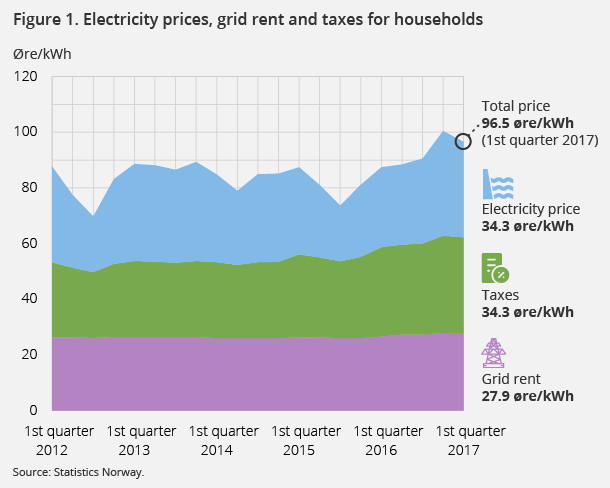 According to the Norwegian Water Resources and Energy Directorate (NVE), one of the main reasons for the increase in electricity prices in the first quarter of 2017, compared with the previous year, is that the Norwegian reservoir filling rate was 9 percentage points lower during this period. In addition, increased coal prices have contributed to higher electricity prices on the continent, and this has also affected the Nordic price level.

Contracts with variable price were most expensive