Municipal fees up 2.4 per cent

Annual municipal residential fees rose by 2.4 per cent on average from January 2016 to January 2017. The average household pays around NOK 11 200 for the municipal services of water, waste water, waste services and chimney sweeping/inspection.

Municipal fees increased less than the CPI for the second year running. The fee category that saw the largest increase in 2016 also had the largest increase in 2017, and the other categories also followed in the same order. For the country as a whole, chimney sweeping and inspection fees increased the most, with 3.9 per cent. Waste water fees rose 2.5 per cent, while the price for waste services increased 2.4 per cent. The water fees went up 2.1 per cent from 2016 to 2017. 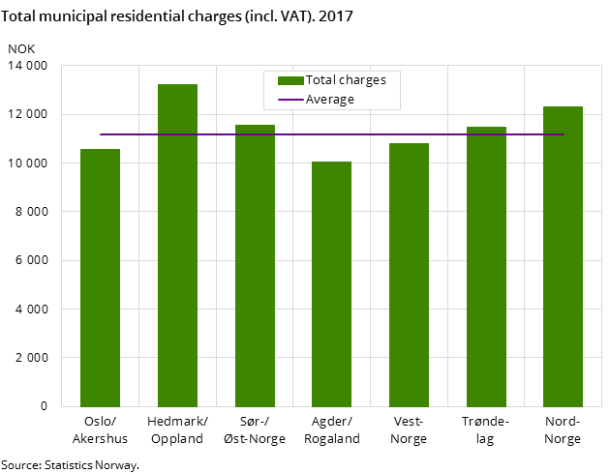