The statistics on immigration and emigration will be published together with the migration statistics as from 2014. 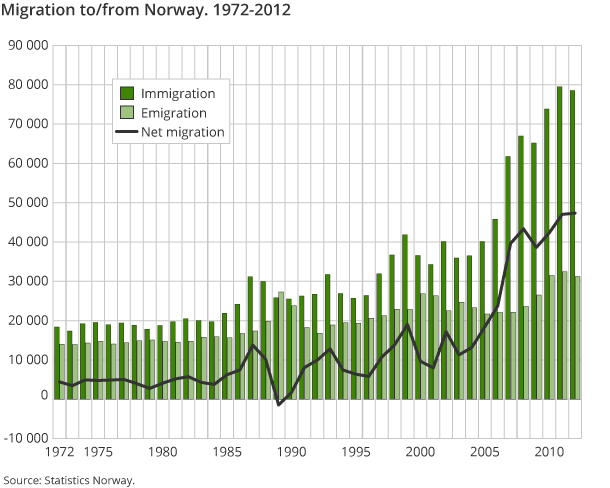 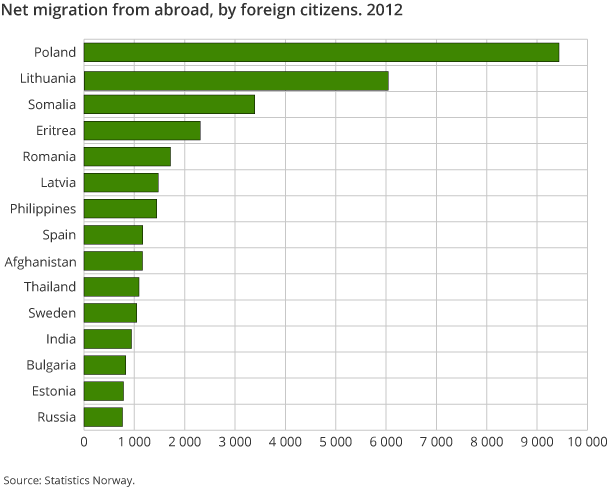 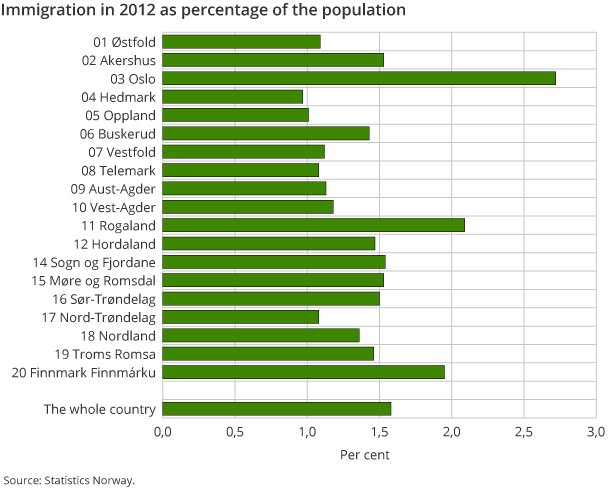 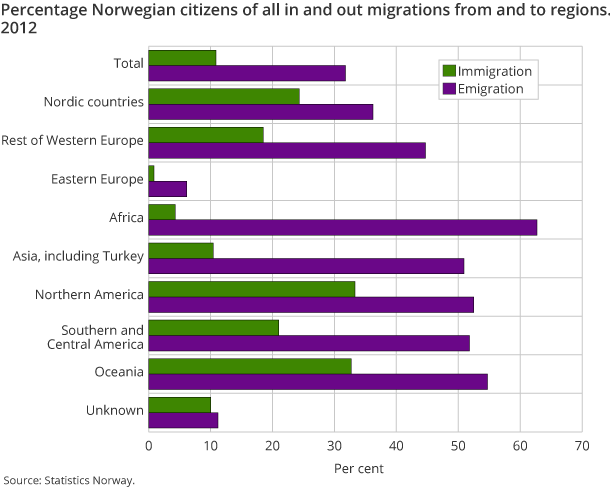 A total of 45 400 Europeans with citizenship other than Norwegian immigrated, and as has been typical in recent years, Polish citizens made up the largest group, with 11 500; down 1 400 from the previous year. Lithuanian citizens surpassed Swedish citizens in the number of migrations to Norway, and this was the second largest group with 6 600; 1 100 fewer than the previous year. The reduction in the Swedish migration to Norway was far larger, 2 500, and they therefore constituted the third largest group.

Immigration by citizens from countries in Southern Europe with economic problems, such as Spain, Portugal, Greece and Italy, increased by 35 per cent from 2011 to 2012 and reached 2 900, but the numbers are still not high.

Once again highest emigration ever among foreign citizens

Of the 31 200 who emigrated, 21 300 were foreign citizens, which once again is the highest figure ever registered. Swedish citizens again made up the largest group in 2012 with 4 700 emigrations compared with the 2 050 Polish.

The statistics is published with Migrations.