These were the most popular names in 2018

Names that were popular in the 2000s topped the name statistics for both boys and girls last year.

The most popular girl’s name in 2018 was Emma, followed by Nora and Olivia, according to new figures from the statistics on names. As for the boys, Lucas beat Filip and Oliver to the top spot. See the statistical release for names 2017 for full details. 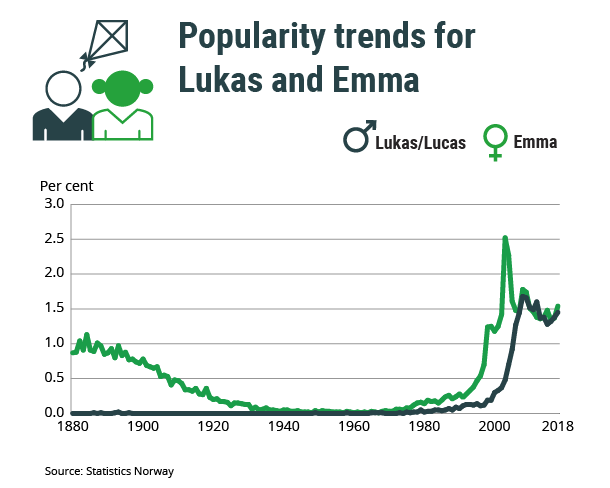 Emma is the most popular girl’s name so far this millennium, and has topped the list nine times.

‘Emma has German origins and means “great”. It previously peaked in 1880, and then almost disappeared in the period 1940 to 1970, before rising steadily and exploding in 2003. Before that, Emma had been enormously popular throughout the western world, and was dominant in Sweden in the 1990s’, says Jørgen Ouren, Senior Adviser in Statistics Norway. 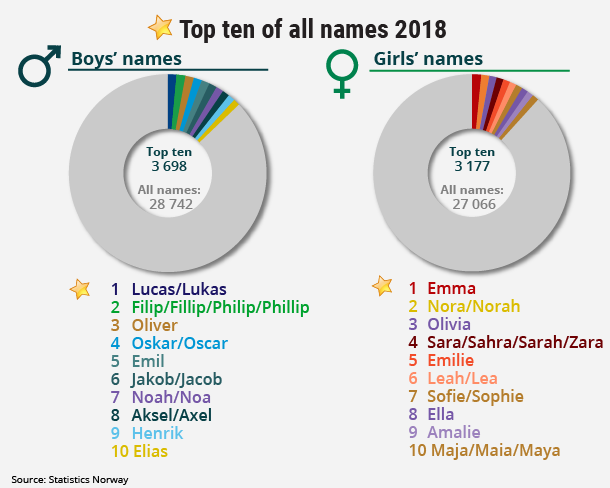 Lucas/Lukas tops the overall list of names for the fifth time and has been the most popular boy’s name for the last ten years. 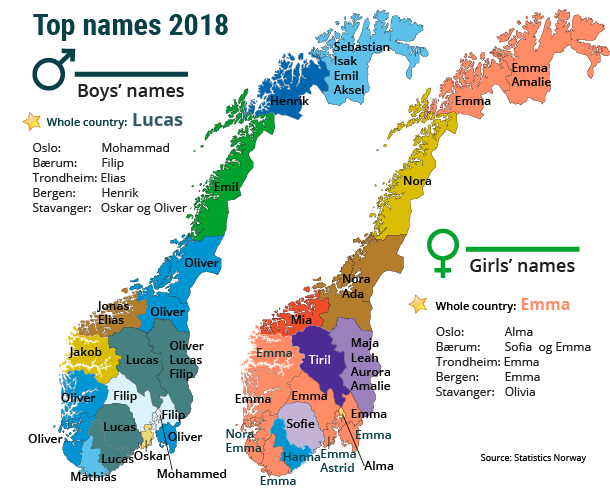 ‘Lucas/Lukas is part of the wave of boy names from the Bible. The name means “man from Lucania”. He is mentioned in the Scripture and is believed to have written the Gospel of Luke. The name was little heard of before arriving from Sweden, and topped the list for the first time in 2009’, says Ouren.